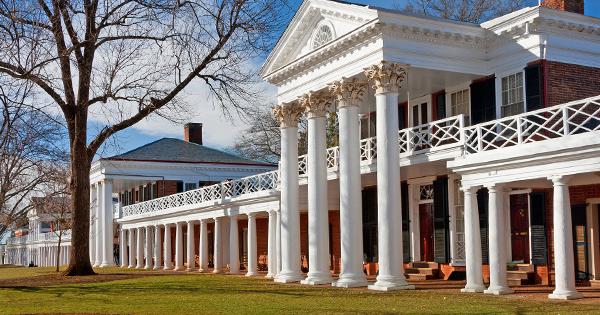 As the University of Virginia announced a plan to increase tuition by 11 percent—one of the highest increases in the country—the public university locked students out of the library where its board members were meeting Wednesday afternoon.

With the tuition increase, incoming freshmen will be expected to pay $14,468—an increase of $1,470 from this year’s incoming freshmen. Tuition will increase again the following school year with a $1,000 jump coupled with an expected 3.5 percent increase due to inflation; that tuition does not include room and board.

An undergraduate student who is not a Virginia resident told Campus Reform that it was “probable” that he would have to take out additional student loans in order to make up the more than $1,000 difference in tuition.

“I’m one of three kids so my parents are already pretty strapped paying for college,” the student, who wished to remain anonymous, told Campus Reform. “To make it a blanket increase when [the BOV knows] that out-of-state students are paying more is misguided.”

“I can tell you that if I wasn't a fourth year and I had to face this tuition hike, I probably would not be able to finish U-Va.,” Arrianne Talma, a U-Va. out-of-state student, told Campus Reform.

According to the Board of Visitors (BOV) docket, the board members were scheduled to discuss the 2015-2016 tuition Wednesday afternoon, but students were barred from entering the library by police officers guarding the doors.

Talma was in class during the BOV meeting Wednesday, but dozens of other students protested the surprise increase Wednesday afternoon with a sit-in outside of the library while the BOV met.

Members of the new student group, UVa Students United, claimed on their public Facebook page that police officers filmed the students during their sit-in.

“Police protecting the administration and not the students,” the UVa Students United post claimed.

It's 3PM. Let us in to the public building. pic.twitter.com/XFybA8cftJ

#NoVoiceUVA Students Sit in outside locked Board of Visitors meeting while BOV votes on major tuition hikes pic.twitter.com/a3YX0cqft6

They really don't care about us!!! No one does. I go into financial aid they dont give a single fuck about me or reducing debt

I need an itemized list of the things UVA BOV intends to spend that additional 3.9% increase in tuition on. #novoiceuva

U-Va.’s BOV is comprised of 17 members, all appointed by Virginia’s governor. One student member, Margaret Gould, also sits on the board.

John Griffin, a board member from New York City, told the Washington Post that the tuition increase will help save money as it will give the university the ability to set newer caps on the amount of money students may need to borrow in the future. Griffin was one of the board members who spearheaded the “high tuition/high aid” plan, according to the Washington Post.

Discouraged by the BOV’s lack of transparency, the UVa Students United suggested that the board “violated open records laws and their own manual” by implementing the tuition hike secretly and without students allowed in Wednesday’s meeting.

“Such obfuscation and elitism has no place at a public university,” the group said in a statement. “The vast majority of concerned students were not allowed to enter the meeting and observe the discussion.”

According to U-Va.’s chief operating officer, this additional revenue will bring in approximately a $30 million net increase in the upcoming year.

U-Va. plans to eliminate the federal Perkins Loan, a low-interest loan for students with “exceptional financial need.” The elimination of that loan will cost the university $5 million, according to the Daily Progress.

The UVa Students United published a post on their blog that called the tuition hike “an economic violence against black students.”

“It is yet another tool by the powers that be at UVA to reduce the number of non-white, non-affluent students on Grounds, thereby increasing the number of white, wealthy students.

But while the decrease in the black population at UVA will create certain burdens for students, the burden on the community—particularly the already marginalized—will certainly be greater,” the post, written by Donna Gasapo, a local activist, said.

“An increase of wealthier white students will also mean an increase in the policing of black bodies—on the Corner, on West Main St. where the University is continually encroaching more and more, on the Downtown Mall, which competes with the Corner for student business, etc,” Gasapo wrote.

The Charlottesville campus has been in an uproar the past several days after several officers of the Virginia Department of Alcoholic Beverage Control (ABC) harmed an unarmed black student while violently arresting him for public drunkenness and obstructing justice.

Meanwhile, Huffington Post reported that U-Va. students are advocating the state take away the ABC’s right to arrest people.