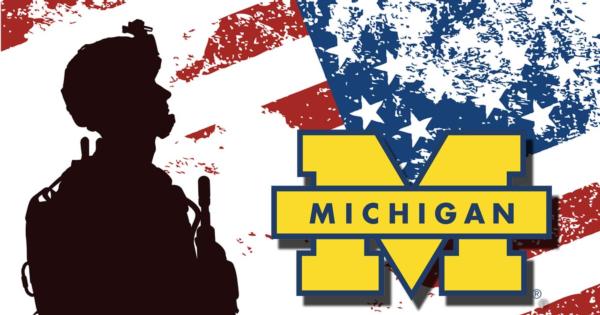 University of Michigan students descended on the campus union last week to see American Sniper, a popular film about the life of U.S. Navy seal Chris Kyle, which is once again the center of national attention.

As reported by Derek Draplin, a contributor for the College Fix and a University of Michigan senior, nearly 300 students and a number of staff signed a “ collective letter from Middle Eastern and North African (MENA) and Muslim students on campus” which accused the university of “tolerating dangerous anti-Muslim and MENA propaganda” by screening the film as part of the UMix, a late night student activities series. The Center for Campus Involvement initially responded by cancelling the scheduled screening of one of 2014's most critically and financially successful films in favor of Paddington, a family film featuring a talking bear.

"I read the letter and I personally disagreed with it. I’ve never felt unsafe or threatened because of a movie."

After national outcry and a counter petition, the Center for Campus involvement backpedaled in a statement released on its Facebook page, announcing plans to “screen American Sniper separately from the upcoming UMix event, in a forum that provides an appropriate space for dialogue and reflection.”

University of Michigan Vice President for Student Life E. Royster Harper said in an official statement that the cancellation was a “mistake” that was “not consistent with the high value the University of Michigan places on freedom of expression and our respect for students to make their own choices in such matters.”

Both films were screened at the Michigan Union at the campus event on April 10, a rainy Friday. Despite the controversy, the evening was uneventful with many students taking a break from studying and enjoyed a number of activities at the “Best of UMix” including massages, karaoke, and inflatable laser tag. Nearly 200 students filled the American Sniper showing. Fewer than 10 people were in attendance as Paddington began.

Immediately before American Sniper began playing, a Campus Involvement staff member read a statement reassuring students that the university supported freedom of expression before warning that “disruptive” individuals would be removed from the “viewing only” screening. The staff member added that independent discussions of the film would be welcome elsewhere, but would not be officially sponsored by Campus Involvement at the university.

Rick Fitzgerald, Director of the Office of Public Affairs and Internal Communications for the university, said that he hoped that UMix would remain the "best possible event for our students."

“The whole point of the UMix is the mix part. The University of Michigan attracts students from every county in Michigan, every state in the United States, and 120 countries. We want those students to have a great time, to come together, to learn from each other, and be friends with each other. This is one of those events that really helps to do that,” said Fitzgerald.

Fitzgerald said that the university “will probably be a bit more thoughtful and careful about the movies we select” in the future, adding that a serious drama like American Sniper is atypical for UMix.

“If you look at the movies that have been shown this year, American Sniper is a little out of the mix. This was a more thought-provoking choice but in the end we felt we needed to honor that choice.”

Reema Kaakarli, a freshman double majoring in politics and economics, said she was excited to see American Sniper for the first time, particularly after the recent controversy.

“I read the letter and I personally disagreed with it. I’ve never felt unsafe or threatened because of a movie,” said Kaakarli, who identified herself as a practicing Muslim.

“I think UMix isn’t the proper venue to be showing a movie like this in the first place. With that said, I think more damage was done by the university saying that they were not going to show [American Sniper]," said Kaalarli.