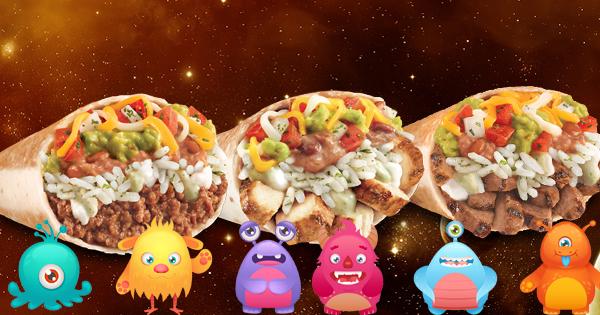 A residential college at the University of California, Santa Cruz has apologized for serving a Mexican food buffet during an intergalactic-themed party which featured spaceships and aliens.

In an email sent to Stevenson College students, Dr. Carolyn Golz, a college administration officer, said that as a result of the event, all Programs staff will now be required to undergo cultural competency training.

"We would never want to make a connection between individuals of Latino heritage or undocumented students and ‘aliens’ and I am so sorry that our College Night appeared to do exactly that."

“Unfortunately, the program planners made a poor decision when choosing to serve a Mexican food buffet during a program that included spaceships and ‘aliens’, failing to take into account how these choices might be perceived by others,” Golz wrote in the email. “We would never want to make a connection between individuals of Latino heritage or undocumented students and ‘aliens’ and I am so sorry that our College Night appeared to do exactly that.”

The event, one of Stevenson’s College Nights, was hosted on April 14, according to a Twitter post from Golz.

“This incident demonstrated a cultural insensitivity on the part of the program planners and, though it was an unintentional mistake, I recognize that this incident caused harm within our community and negatively impacted students,” Golz wrote in the email.

“As an ally for students of color and, in particular, undocumented students, I am committed to ensuring that student life staff receive the training necessary to make sure that this type of incident does not happen again at Stevenson,” Golz wrote.

According to Scott Hernandez-Jason, a UCSC spokesperson, College Nights are monthly dinners in an informal collegiate setting. Entertainment ranges from a variety of music to comedians, dance, or hypnotists.

"For this event, students couldn't think of something that was space-related," Hernandez-Jason told Campus Reform. "Since they hadn't yet had Mexican food for one of these events, they chose to serve that as the meal."

In the email, Golz also encouraged students to report instances of hate and bias to http://reporthate.ucsc.edu.

Stevenson College is one of the residential colleges within the UCSC community. Its theme is “ Self and Society.”

The apology was first reported by Pundit Press.

Golz did not respond to a request for comment from Campus Reform in time for publication.