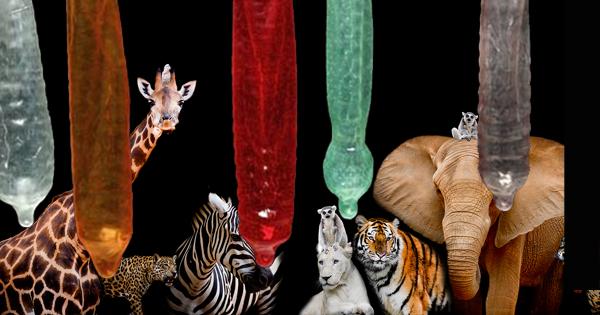 “When you’re feeling tender, think about the hellbender.”

That’s what hundreds of college students nationwide will be thinking about when they receive free condoms featuring endangered animals on Earth Day.

“When you’re feeling tender, think about the hellbender.”

According to a press release from the Center for Biological Diversity, an environmentalist non-profit, the free condoms, distributed by more than 500 volunteers, are meant to promote a solution to the “runaway human population growth and overconsumption and their link to the current wildlife extinction crisis.”

“Nothing sparks a conversation like handing someone a condom, especially when it comes with a slogan like ‘Before it gets hotter…remember the sea otter,’” Stephanie Feldstein, population and sustainability director at the Center, said in the press release. “On Earth Day, everyone is looking for how they can save the planet. Talking about population and overconsumption, and understanding how we influence the world around us every day, is one of the most important steps we can all take to help the environment and our communities.”

Feldstein told Campus Reform that at least 20 percent of the Center’s volunteers who are distributing the condoms are college students. Colleges nationwide will have volunteers to pass them out on Earth Day, including: Georgetown University, Baylor University, Northwestern University, Brooklyn Law School, Binghamton University, Eastern Florida State College, Warren Wilson College, and a few community colleges as well, according to Feldstein.

“We really have them going all over the country,” Feldstein told Campus Reform.

Last year, students at Oregon State University passed out the condoms, or “conservation tools,” as part of a geology class project, according to a video posted to YouTube.

The non-profit is based in Tuscan, Ariz., and promises to pass condoms out on college campuses nationwide for the 45th annual Earth Day as well as pass them out in tea shops and tattoo parlors, according to the press release.

“Fumbling in the dark? Think of the monarch,” one condom, part of a new line of artwork, says.

“For the sake of the horned lizard...slow down, love wizard,” reads another.

@alissamoe this furry guy will forever be on my mind when... Well... You know pic.twitter.com/2mRNvpTQqA

So they're giving out Endangered Species condoms at school...#EarthDay2015 pic.twitter.com/0qsp4uGEPs

The organization says that it has distributed hundreds of thousands of these condoms to people nationwide, especially on Earth Day and World Population Day.

The condom packages—both new and vintage—are not for sale on the website. Instead, by clicking “more,” the website simply gives more information on the animal.

The Center partnered with Sustain condoms to provide the 50,000 condoms.

On Tuesday, the Tuscan Weekly encouraged its readers to send in photos of the condoms before use.