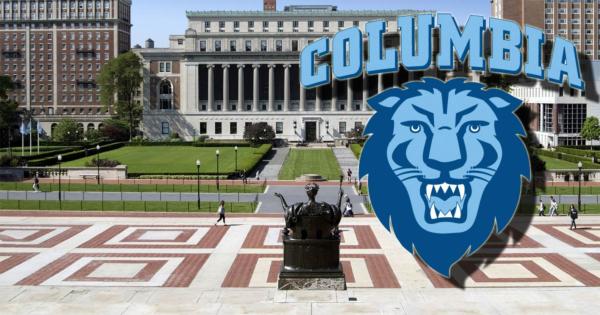 A male Columbia student filed a lawsuit against the school Thursday, claiming that the Ivy League university failed to protect him against harassment and defamation as his alleged rape of a fellow student became highly publicized in the media.

Paul Nungesser, a senior at Columbia, filed the lawsuit in the a New York federal court and alleged that the Ivy school, its board of trustees, President Lee C. Bollinger, and Visual Arts Professor Jon Kessler all destroyed his reputation and college experience as well as his emotional well-being and future.

"We thought that Emma Sulkowicz and Paul Nungesser's story was finished. But with so little response from inside Columbia even since its breaking, there's clearly still a long way to go."

The lawsuit claims that Nungesser, who lives on-campus, was very active in student life and social activity before the rape accusations.

Columbia has already cleared Nungesser of any wrongdoing.

According to Columbia’s Bwog, a student-run publication, Nungesser’s lawsuit is a response to Emma Sulkowicz’s senior thesis project that generated a nationwide movement of college students carrying their mattresses in protest of their schools’ apparent mishandling of sexual assault cases on campus.

The lawsuit alleges at Kessler, Sulkowicz’s professor, encouraged Sulkowicz “to transform her personal vendetta against Paul into a Columbia-sponsored calumny.”

“Although cleared of all charges numerous times, Paul was publicly branded a ‘serial rapist’ by Emma,” the lawsuit alleges. “He was targeted because he is a male, and attacked for his (consensual) sexual activity. The Mattress Project subjected Paul to verbal aggression, intimidation, and hostility based on his gender.”

Nungesser’s lawsuit also criticizes Sen. Kirsten Gillibrand (D-N.Y.) for “irresponsibly publicly brand[ing] Paul as a serial rapist in the course of bringing Emma to President Obama’s State of the Union Address as the Senator’s guest of honor.”

“Campus response to the lawsuit is in fact largely critical,” Taylor Grasdalen, Bwog’s editor-in-chief, told Campus Reform in a statement. “As anyone knows, those most opinionated speak the loudest and most often, even if the majority feels otherwise. We thought that Emma Sulkowicz and Paul Nungesser's story was finished. But with so little response from inside Columbia even since its breaking, there's clearly still a long way to go.”

While Nungesser’s lawsuit is critical of Sulkowicz publicly condemning him as a “serial rapist” in the media, he has also used the media to defend his actions and argue that his relationship with Sulkowicz was purely consensual.

"I think it's ridiculous that Paul would sue not only the school but one of my past professors for allowing me to make an art piece,” Sulkowicz told the Associated Press.

"It's ridiculous that he would read it as a 'bullying strategy,' especially given his continued public attempts to smear my reputation, when really it's just an artistic expression of the personal trauma I've experienced at Columbia,” she said. “If artists are not allowed to make art that reflect on our experiences, then how are we to heal?"

Columbia and Barnard College are both part of the more than 100 schools that are currently under a federal Title IX investigation for how the schools handle sexual assault claims. The school has been heavily criticized by students for its lack of transparency and its efforts to combat sexual assault on campus, which students have deemed more of a public relations move than actually helpful.

Bwog reports that both Sulkowicz and Nungesser, a German citizen, are expected to graduate in May.

Columbia declined to comment to Campus Reform and did not confirm if the school had received a copy of the lawsuit.