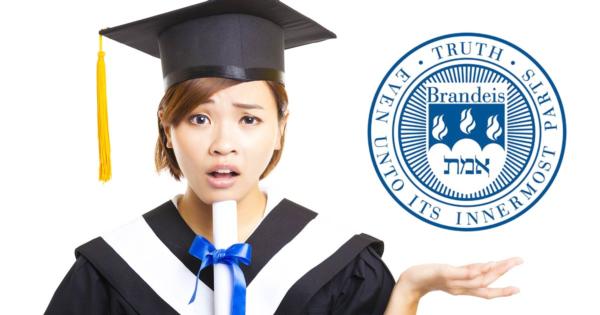 The collection of small white signs hung on the stair railings at the university’s Rabb Graduate Center featured various questions and statements that the group found offensive, including but not limited to:

—“Chinese people will eat anything;”

—“I totally have an Asian fetish;”

—“You’re my favorite Asian;” and

—“Why can’t people learn English when they come to this country?”

—“We hope that this will foster a healthy dialogue about racism in the Brandeis community and how harmful and pervasive microaggressions can be,” an additional sign read.

According to AASA’s Facebook page, the display was intended to “represent the entirety of the effects of these derogatory or negative, racially based, comments called “microaggressions”... [which] can be overwhelming and frustrating.”

The group placed the signs in a high-traffic location on campus with the hope that the words would “become impossible to ignore.”

“This is what it feels like to hear microaggressions constantly used against you,” the ASSA wrote on its Facebook page after the posters were hung on campus. “These papers are invasive of a space that you often inhabit and must pass through; similar to how these remarks invade our communities and the space we share as a whole: Brandeis.”

However, some students at the Massachusetts-based private research university took issue with the display, causing AASA to issue a subsequent apology for “triggering” students.

“We would like to acknowledge and apologize to the Asian students on campus who were triggered or hurt by the content of the microaggressions in our installation,” AASA president Esther Lee wrote in a lengthy e-mail to Brandeis’ student body, as reported by the Daily Caller.

Lee explained that the art installation had been removed and that the group “had no intention of mocking or harming our own community and ourselves.”

“We acknowledge the disconnect between intention and effect,” Lee wrote.

In 2007, Brandeis placed a faculty monitor in the classroom of Professor Donald Hindley after he used the word “wetback” in one of his Latin American Politics class. Despite Hindley simply using the word while describing its origins, administrators claimed he was guilty of racial harassment.

Brandeis has received a “yellow” speech code rating by the Foundation for Individual Rights in Education (FIRE) for having at least one restrictive policy that “too easily encourages administrative abuse and arbitrary application.”