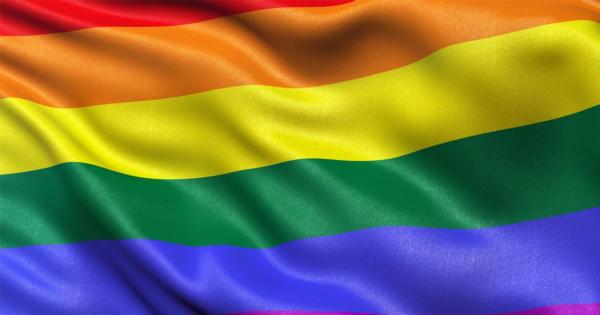 Stony Brook University’s Graduate Queer Alliance (GQA) is demanding the school apologize for hosting a conservative Christian during a recent debate, citing the importance of debate and open dialogue.

The debate, held on campus in late April at the SUNY school, pitted Dr. Michael Shermer, a science writer and atheist, against Dr. Frank Turek, a Christian apologist, to debate “Morality, Science or God,” according to an almost three-hour long video uploaded to YouTube by the New York Apologetics.

In an editorial penned for The Statesman, Stony Brook’s student newspaper, the GQA decried Turek, his faith, and the comments he made during the debate, specifically on same-sex attraction.

“Turek’s propaganda is so far from the truth that it should be self-evident in the 21st century and especially to the millennial generation that currently attends Stony Brook that a speaker who holds these beliefs should not be given such a prestigious platform to speak in the first place,” the GQA members wrote. “This is not an issue of free speech, not least because the views that Dr. Turek expresses have already been evaluated and exchanged in public forums countless times, and it has been concluded that they are indeed wrong and harmful.”

The GQA lauded the school’s “rich history” of liberalism and activism, but criticized students’ “roaring applause” of Turek’s “homophobic comments” during the debate, which approximately 500 people attended.

“We may live in a country and a world where many of people do in fact agree with Dr. Turek. However, this does not change the fact that what he is saying is factually incorrect and truly harmful to students,” the alliance wrote. “Again, disagreement and debate on social and moral matters, even when there is a common set of facts, is the crux of a liberal university culture. Free and open debate should be encouraged, but not when what is being said is so clearly wrong and so clearly harmful to others.”

The New York Apologetics, an organization that is dedicated to defending Christianity by looking for evidence and proofs, handled the funding of the debate between the two scholars. An official within the organization told Campus Reform that the group aims to foster discussion between experts on topics of morality and Christianity.

“Our particular take on this is that we believe that in order to understand both sides of an argument, you really need to hear from experts on both sides,” Nick Mitchell, a spokesperson with the New York Apologetics, said in an interview with Campus Reform.

According to Mitchell, discussions between individuals that the group hosts do not foster animosity; in fact, Mitchell said Shermer and Turek went to dinner after the debate at Stony Brook and communicate frequently.

As for the debate at the public institution, it was “centered around the question of anchoring morality in general,” according to Mitchell, who said the New York Apologetics decided to bring in two experts in that field.

Yet according to the editorial, the GQA recently passed a resolution that demanded censure of Stony Brook’s School of Social Welfare’s decision to host the debate—in the “dark” and in a “flawed manner”—and are demanding an apology from all administrators responsible for the event.

“At the Graduate Queer Alliance, we believe in free speech, we believe in the freedom to practice one’s faith, we believe in diversity,” they wrote. “We support these things even if opinions are different from our own. However, we are vehemently against pointless bigotry of any sort. Together with other LGBTQ* groups and other clubs and organizations on campus, we are passing resolutions against Turek’s hate-speech.”

The students also promoted an event via Facebook for in order to draft a statement and plan their course of action to express their disapproval.

“Our rage does not come from this one event, but rather the insidious, and explicit micro/macro aggression we experience everyday on this campus,” the event description reads. “It’s time Stony Brook took homophobia, queerphobia and transphobia seriously.”

“I think it’s ridiculous that this group is trying to force a school to apologize for something that happened over two weeks ago,” a Stony Brook student told Campus Reform,speaking on the condition of anonymity for fear of retribution.

“This group acts like they are victims of oppression,” the student said. “If forcing a school to apologize for hosting a debate that featured alternative opinions is your biggest worry, then you are not oppressed.”

“It bothers me that anyone would call for the suppression of a speaker with whom they disagree,” the student continued. “It wasn't like this guy was attacking gays as people. He just said he didn't agree with one aspect of their lifestyle. This kind of PC leftism is just so totalitarian and dividing, and I am very concerned with the amount of power it has on college campuses.”

According to a disclaimer at the top of The Statesman editorial, GAQ is “an all-inclusive group for lesbian, gay, bisexual, transgender, queer people and their allies to create a sense of community for those in sexual and gender minorities.” The group is the first graduate queer organization at Stony Brook.

"Incidentally, we do not demand an apology from the school for hosting Frank Turek, rather we ask for an apology for hosting an incredibly controversial speaker in a manner that was hidden from the students, faculty, and staff of the university," Matthew Wipperman, a member of the GQA, said in an email to Campus Reform. "At the GQA, we are committed to the free and open exchange of ideas; however, in order to do this ideas must be exchanged and evaluated in the public sphere."

Wipperman said the group is also attempting to "expose" Turek's "bigotry towards gays and other groups" and show that the debate "failed to capture any sense of the integrative complexity or sophistication due to its biased setup."

The Foundation for Individual Rights in Education (FIRE), a non-profit organization that serves as a watchdog for civil liberties in academia, has given Stony Brook an overall “yellow light” rating of its speech codes, primarily citing the school’s sexual misconduct policy.

Stony Brook officials did not respond to repeated requests for comment from Campus Reform.

The dean of the School of Social Work also did not respond to an emailed request for comment in time for publication.