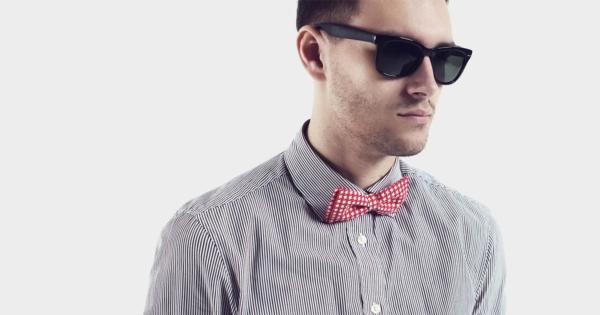 What can men at Troy University do to help stop sexual violence? According to a university pamphlet, simply be secure in themselves.

A pamphlet on sexual violence at Troy—obtained by Campus Reform—lists seven things students can do to “stop sexual violence,” including, “be secure.”

“Secure men are sensitive to others,” the pamphlet reads. “Explore your own insecurities & live your life in a way that is non-threatening to women.”

“It’s not just a ‘woman’s issue’—it is a human issue,” the pamphlet says. 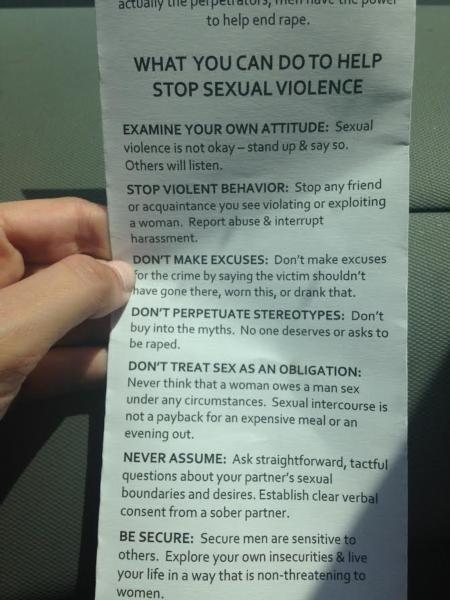 However, most of the seven tips on how to stop sexual violence are centered on men—including the tip that encourages men to be more secure with themselves. Another tip warns students to “[n]ever think that a woman owes a man sex under any circumstances.” An additional tip encourages students to “[s]top any friend or acquaintance you see violating or exploiting a woman.”

“The pamphlet insinuates that because men have insecurities, they are more at risk to be sexual predators,” Courtney Brown, a junior global business major at Troy, told Campus Reform. “A lot of people have insecurities—it doesn’t mean they’re going to be a rapist.”

Brown, who is a part of the feminist student organization Women’s Initiative, said that she agreed with the other suggestions the pamphlet gave on how to stop sexual violence but felt the point about men’s security could have been worded differently.

“I think instead of saying men need to secure their thoughts and feelings, the pamphlet should say that men—everyone, really—need to secure the understanding that sex is not an entitlement, and that if someone is under the influence or ‘doesn’t say no,’ it doesn’t mean that a sexual act with that person is okay,” Brown said in an interview.

The S.A.V.E. (or Sexual Assault and Violence Education) Project is a grant-funded program at the Alabama institution which is funded by the Alabama Department of Economic and Community Affairs. According to its website, the group provides counseling and services to victims of domestic and sexual violence.

The school’s policy covers students, employees, applicants, and anyone else “on official business” with Troy University.

The Foundation for Individual Rights in Education (FIRE) has given Troy a “ red light” speech code rating for its harassment policies.

Samantha Harris, director of policy research at FIRE, called Troy’s harassment policy “pretty clearly unconstitutional” as “it essentially says that if you are discussing any number of controversial issues related to race, religion, etc., you have committed harassment under this policy if another person subjectively finds your speech offensive.”

Harris said that courts have continuously held that speech cannot be prohibited because another person finds it to be offensive.

According to Harris, these policies stem from a “well-intentioned but misguided desire” to protect students from offenses.

“Fear of litigation is also a factor—schools do not want to have to defend themselves in a discrimination lawsuit or in a federal investigation into compliance with federal anti-discrimination laws, which require schools to respond effectively to harassment on campus,” Harris said. “Of course, schools can and do get sued for violating the First Amendment as well, which is something administrators need to be aware of when crafting these policies.”

Earlier this semester, two male Troy students were arrested for sexual battery after a video surfaced of the pair, and several others, surrounding an incapacitated girl on a beach chair during Spring Break at Panama City Beach. According to local news outlets, officials have called the incident, involving students Delonte’ Martistee and Ryan Austin Calhoun, a Spring Break “gang rape.”

The students have been suspended.

There was one reported case of a forcible sexual offense on public property in 2012.

Troy is not alone in adopting harassment policies—specifically in regards to sexual harassment—that have been deemed vague and potentially harmful. As previously reported by Campus Reform, St. Petersburg College in Florida defines sexual harassment as occurring through “innuendo, attitude or voice inflection.”