Celebrity speakers urge students to be thankful and praise God

Mariana Barillas News Producer at Sinclair's The National Desk @mvbarillas on May 20, 2015 at 11:16 AM EDT 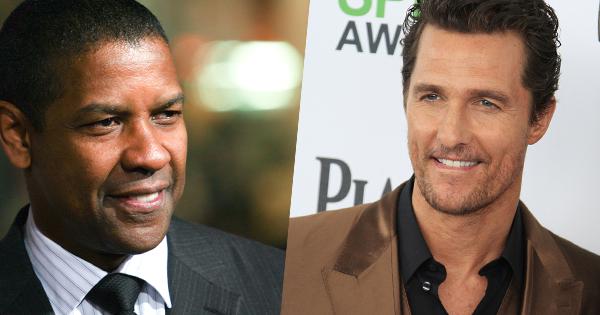 Among a number of celebrity college commencement speakers this year, Denzel Washington and Matthew McConaughey told graduates to face life’s challenges with positivity.

"Life's not fair. It never was, isn't now and won't ever be. Do not fall into the entitled trap of feeling like you're a victim. You are not," said McConaughey, who gave the address sitting on a stool at the University of Houston.

“Say thank you in advance for what is already yours."

McConaughey said that the job market is “more competitive than ever” during his 45 minute speech.

"Some of you already have a job lined up, you have a path where today's job is gonna become tomorrow's career. But for most of you, the future is probably still a little fuzzy. And you don't have that job that directly reflects the degree that you just got. Many of you don't even have a job at all...You don't have the answers and it's pretty damn scary. And I say that's OK because that is how it is. This is the reality that many of you are facing, this is the world that we live,” McConaughey said.

Despite human failings, like missing a deadline, the Oscar-winning actor said that the word “unbelievable” should not be used to describe uncharacteristic actions.

“If we're going to make a mistake, we've got to own them, make amends and you've got to move on," said McConaughey.”

"If there's one thing you can depend on people being it's people," said McConaughey. "I think unbelievable is an unbelievably stupid word."

McConaughey encouraged students to “define success for themselves” and said that he personally defines himself as a father, being a good husband, while maintaining his career, physical condition, and friendships.

"I want to keep all five in healthy shape," he said. "If I don't keep maintenance on them, one of them is going to get weak.”

The university paid McConaughey $135,000 to give the commencement address. According to a university statement, McConaughey and his wife, Camila Alves, will donate the money to the just keep livin’ Foundation, a nonprofit organization which develops fitness and wellness programs throughout the country.

Denzel Washington, a New York native and similarly an Oscar-winning actor, visited Dillard University in New Orleans to share what he has learned throughout the years. He told graduates that the support of God and other people is critical to success, along with hard work.

"Everything that I have is by the grace of God, understand that. It's a gift. ... I didn't always stick with Him, but He stuck with me,” said Washington, who was given an Honorary Doctorate of Humane Letters from the university at the event.

Washington recalled that as he began to become successful his mother told him that this was largely the result of a lot of support and prayers, a lesson that he said he has kept. Speaking to the crowd of graduates, he congratulated "all the people that helped you get where you are today."

Washington told the audience that he hoped that none of the students could relate to his experience as a college student saying that at one point he was flunking out of college with a 1.7 GPA. He earned a bachelor’s in Drama and Journalism from Fordham University.

He told the crowd not to confuse “movement with progress.”

"My mother told me 'Yeah, you can run in place all the time and never get anywhere.' So continue to strive, continue to have goals, and continue to progress," said Washington.

Washington said that people must take risks and practice discipline everyday to become successful, telling graduates not to “be be afraid to fail big, to dream big, but remember, dreams without goals, are just dreams.”

“In this text, tweet, twerk world that you've grown up in, remember that just because you're doing a lot more, doesn't mean you're getting a lot more done," he said.

Washington said that “success is in helping others” and that there is no feeling better than the gratification one gets from doing so.

“That itch that you have, whatever you want to do...that's God’s proof to you sent beforehand already to indicate to you that it's yours...So claim it, work hard to get it. When you get it, reach back. Pull someone else up. ” said Washington.

Finally, Washington said that no one can take what they have gained during their lifetime with them once they die and encouraged students to pray to God for the good things in their lives.

“Say thank you in advance for what is already yours,” he concluded.