Gabriella Morrongiello White House Reporter, Politico @gabriellahope_ on May 21, 2015 at 9:00 AM EDT 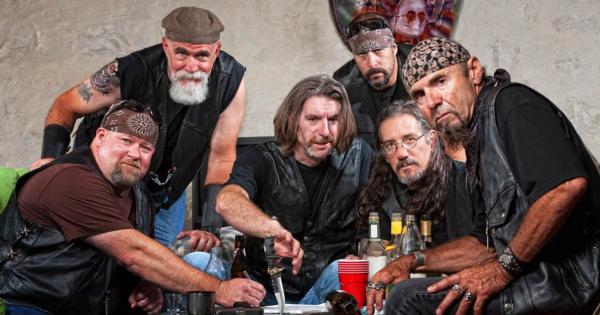 As residents of Waco, Texas begin to recover from the recent motorcycle gang shooting that left nine individuals dead and 18 injured, one professor is using the fatal shootout to teach Americans “everything [they] need to know about how white privilege really works.”

On Wednesday, Rutgers University professor Brittney Cooper published a column at Salon condemning the absence of “white shame” in response to the Waco shooting and alleging that Americans are incapable of viewing white individuals, “even those engaged in horrendously violent and reckless acts… as ‘criminal.’”

“...for those of us who are not white, white ignorance on these matters is not bliss.”

“There is no sense of white shame, no hanging of the head over the members of their race that have been out in the world representing everything that is wrong with America,” Cooper wrote.

According to Cooper, white people are more inclined to “insist that this was just an isolated incident” which demonstrates a “studied ignorance [in the sense that] people can look at this set of incidents and simply refuse to see all the ways in which white privilege is at play.”

Cooper claims that the lack of a “nagging, gnawing sense of fear” or “anger at thugs who made it unsafe for American families to go about their regular daily activities without fear of being clipped by a stray bullet” demonstrates white people’s vested interest in “making sure we don’t see race in operation.”

“White people have created a whole way of knowing the world that both demands and allows that they remain oblivious to the operations of white supremacy,” Cooper wrote.

The assistant professor of Women’s, Gender, and Africana studies at the publicly-funded university in New Brunswick, N.J. said America’s Caucasian population is guilty of viewing the fatal shootout as nothing more than a game of Cowboys-and-Indians and alleged that “for many Americans, this is just good ole American fun.”

“As Malcolm [X] reminded us, ‘whites idolize fighters,’” Cooper wrote, adding, “while I’m sure many Americans are appalled at the senseless loss of life, there is also the sense that this is just ‘those wild Texans’ doing the kind of thing they do.”

According to Cooper, the distance white individuals place between themselves and “their violent racial counterparts” is a form of privilege and such privilege has caused white violence to be “viewed as exceptional rather than regular and quotidian.” Cooper describes the distance as a double standard since “[w]hite Americans routinely ask Black Americans to chastise the ‘lower’ elements of our race, while refusing to do the same in instances like this.”

Cooper compared the media and Americans’ description of participants in the recent Baltimore riots as “violent thugs” with the term “biker” used to describe those involved in the Waco shooting.

“If thug is the new n-word (and I’m not sure that’s precise), then [sic] ‘biker’ is the new ‘honky’ or ‘cracker,’ which is to say that while the term is used derisively and can communicate distaste, it does not have the devastating social effects…” Cooper wrote.

“[T]here is something fundamentally dishonest about a society that revels in the violence of one group while demanding non-violent compliance from another,” Cooper wrote. “That kind of thinking is unjust, unfair, and unproductive [and] for those of us who are not white, white ignorance on these matters is not bliss.”

Cooper is co-founder of the Crunk Feminist Collective blog and a regular columnist for Salon. Her past columns have criticized “white male temper tantrums” and accused Christian conservatives of creating a “white supremacist Jesus.”