Mariana Barillas News Producer at Sinclair's The National Desk @mvbarillas on May 21, 2015 at 12:22 PM EDT 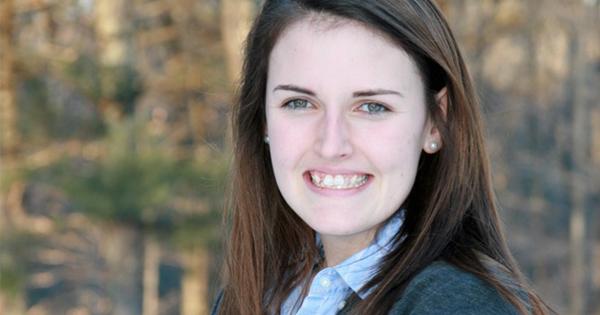 Campus Correspondent Yvonne Dean-Bailey won a special election on May 19 to represent Rockingham District 32 as a Republican at the New Hampshire House of Representatives, defeating Democrat Maureen Mann. Dean-Bailey, 19, attracted national attention after announcing her candidacy.

With unusually high turnout at the polls, Dean-Bailey earned 52 percent of the 2,589 votes cast in the largely conservative district.

Dean-Bailey said she was thankful for the support she received in the district and the state.

“It was a highly contested race with one of the largest turnouts for a special election of this variety. I'm very thankful for the support from my friends, family and the new faces I've met along the campaign trail,” she said.

A first-generation college student, Dean-Bailey attended Mount Holyoke College her freshman year but is transferring to the University of New Hampshire in the fall. She said that she will take a combination of night, day, and online classes to accommodate her new work schedule. New Hampshire has a part-time legislature that is in session from January until June.

"I've met some of the greatest people working for Campus Reform (CRO) and I've enjoyed exposing liberal bias and abuse at my own college and beyond," Dean-Bailey said. "It's important organizations like CRO exist."

She said that being a young conservative woman can be a challenge both on and off campus, but that she believes this will change in the future.

“At my own college conservatives were alienated and when I ran for office the majority of the attacks from the left were based on my gender and age," Dean-Bailey said while expressing hope in the future.

"More young conservative women are running for office and they're inspiring other young women to run so I think this will change quickly," she told Campus Reform.

Dean-Bailey said that her priorities as a representative include encouraging “local control of policy” and advocating for “school choice and other alternative learning options.”

The newly elected representative noted that young conservative women are in the minority but there are many that are “just not encouraged to speak up or even are sometimes afraid to speak up.”