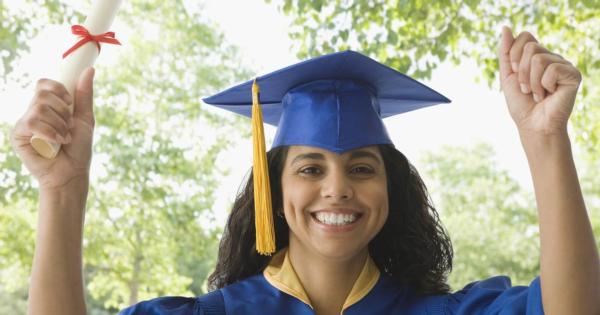 Undocumented students graduating from San Francisco State University (SFSU) received an extra treat this week—a special celebration at the university in their honor.

Hosted by the student organization Improving Dreams, Equity, Access and Success (IDEAS), 25 students who are residing in the country illegally gathered on campus for the public university’s first annual Beyond Borders Graduation. According to the Golden Gate Express, SFSU’s student newspaper, around 300 friends and family members also attended the ceremony.

SFSU’s official commencement ceremony isn’t until May 22, but Nancy Jodaitis, advisor to IDEAS, said the special ceremony on May 17 was more “intimate.”

“It’s more intimate, so people tell their personal stories,” Jodaitis told the Golden Gate Express. “The stories are all different, but the challenges and struggles are very similar and this is a safe space for them to share.”

According to the student newspaper, the ceremony was held at the Annex, an on-campus facility.

Ana Morales, president of IDEAS and soon-to-be SFSU graduate, told the student newspaper that she was proud to partake in the first Beyond Borders Graduation.

However, Niike Andino, a minority student at SFSU, told Campus Reform in an interview that the ceremony could only perpetuate “illegal activity.”

“People complain and protest all the time [about the rising cost of tuition], but then you have situations like this where undocumented students have their own ceremonies,” Andino said.

“The student government needs to wake up,” Andino said, calling the celebration a “total waste of money.”

The ceremony featured filmmaker and activist Jose Antonio Vargas as the celebration’s keynote speaker. Vargas spoke for almost 15 minutes to the students, using heavily emotional rhetoric and mentioning several in attendance by name.

“When we talk about DREAMers, we forget about the ones that didn’t even make it,” Vargas said during his speech. “I’m talking about our older brothers and our older sisters. I’m talking about the older cousins and the older friends that decided, you know, that it’s too hard. It was too hard. And I hope that you’re thinking about them today and that you’re holding them in your heart. And I hope that you know how much you are loved and how much sacrifice went to having you here and that no piece of paper, no piece of paper, not even that diploma, can stop you from being your fullest possible self.”

According to Jonathan Morales, an SFSU spokesman, the celebration did not use any university funds.

“The funding for this event came from donations and other non-University funds,” Morales said in an email to Campus Reform. He did not know the cost of the ceremony.

Though the spokesman said no university funds were used, he did say IDEAS is an official student organization that is registered through the Student Involvement and Career Center.

The group appeared to sell T-shirts for $15 a piece that read “Undocumented & Unafraid” and “Education is a Human Right” in order to raise money for the graduation ceremony, according to a post on its Facebook page.

At a previous event called “Undocu-Night,” IDEAS gave away patches to students that read “Migration is Beautiful” and “Fuck Your Borders.” The event featured a taco bar.

According to the group’s website, IDEAS is an organization that specifically advocates for illegal immigrant students and AB540—a California law that allows for undocumented high school students to be eligible to pay “resident fees”—or in-state tuition—at public universities.

IDEAS lists SFSU’s student government as an “ally” on its website.

Neither Jodaitis nor a representative from IDEAS responded to requests for comment from Campus Reform in time for publication.