Mariana Barillas News Producer at Sinclair's The National Desk @mvbarillas on May 22, 2015 at 1:12 PM EDT 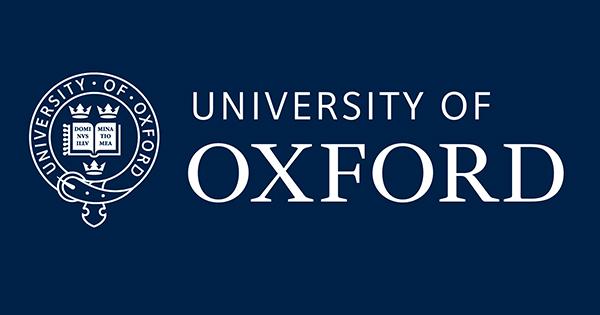 Traditional compulsory examination gowns are discriminatory, according to an Oxford University alumna and student representative.

Anna Bradshaw wrote an opinion piece in the Oxford Student on May 20 titled “ Sub fusc: A Feminist Perspective,” arguing that students should “get rid of sub fusc and gowns for University exams” by voting ‘no’ in this week’s referendum.

"Because the clothing options are strange for most people...they require you to think about them and how they relate to your gender."

Sub fusc is a uniform worn under the gowns worn to matriculation, examinations, and graduation.

Anna Bradshaw is Vice President for Women at Oxford University. According to her Linkedin profile, she graduated from the university in 2014 with a Bachelor of Arts in Philosophy, Politics and Economics. Her self-description on the Oxford University Student Union (OUSO) reads that her “job is to work for the 45.4% of Oxford Students who identify as women and/or as transfeminine,” which she does “by trying to ensure that an appreciation of the issues facing these students is integral to the activities of the University, the colleges, and OUSU.”

The mandatory exam uniform has been criticized in recent years for contributing to an “elitist” image of the university. She wrote that she generally agrees with the main arguments against mandatory examination dress, including comfort and not emphasizing a tradition that many “find alienating and intimidating,” but expressed that her main concern is decreasing “the gender gap in Oxford exams.”

“The reason that I’m voting ‘no’ is simple: women students do unusually poorly at Oxford, and I believe that part of the reason for this is that sub fusc disadvantages women students,” wrote Bradshaw.

She wrote that sub fusc “contributes to the gender gap” in two major ways. First, she wrote, “through odd clothes and discomfort.”

“They were clearly devised to complement the traditional masculine outfit, and are a very long way from standard formal clothing options for women,” adding that she found the “feminine” alternatives to be “weird and uncomfortable.”

Secondly, Bradshaw argued that the traditional uniforms create a “stereotype threat,” which she says is created when “you remind someone that they part of a group that is ‘supposed’ to be bad at a particular task, then they do badly at that task.”

“Because the clothing options are strange for most people...they require you to think about them and how they relate to your gender,” she wrote, concluding that sub fusc “triggers stereotype threat, and makes women do worse.”

Oxford students voted by an overwhelming majority in 2006 to continue the tradition of mandatory sub fusc for university examinations. The university previously revised uniform regulations to “remove gender restrictions” in 2012.

“Changing the rules so that sub fusc is optional would mean that choosing to wear any particular items of it would be a choice made in the context of all sorts of other clothing that the student might wear. This not only would help many women students to be more comfortable, but also takes out the strict gendered associations that come with sub fusc, removing the stereotype threat trigger for at least some women,” she wrote.

“Making sub fusc optional needs to be seen as part of a larger campaign to diversify curricula and exam questions, to encourage women in academia, and to combat the severe knock to confidence that many women experience during their time at Oxford,” Bradshaw concluded.