Arizona State has doubled tuition, finds $500K to give to Clintons 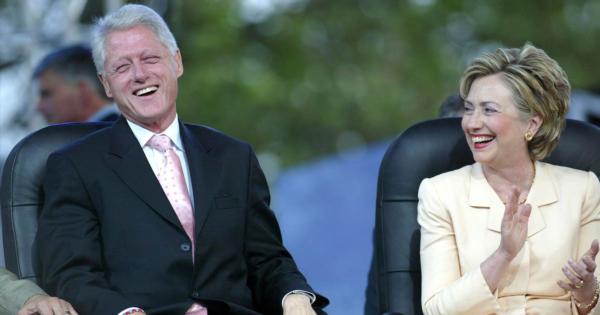 While Arizona State University has almost doubled its tuition over the past 10 years amid claims that it needs more state money, the school somehow had the funds to give half a million dollars to the Clinton Foundation.

According to The Arizona Republic, the public university paid $500,000 to the Clinton Foundation to host the former president-Bill Clinton; former-Secretary of State Hillary Clinton; and their daughter, Chelsea, during a Clinton Global Initiative University (CGI U) event in 2014. Former Secretary of State Hillary Clinton, Bill’s wife, is the current front-runner for the Democratic nomination for the 2016 presidential race.

"Frankly, if I had known that that was the situation, that they were being paid $500,000, I would have spoken up at the time that I thought it was outrageous."

Mark Johnson, an ASU spokesman, told The Republic that the university was a payment for the event—not a contribution to the Clintons.

"ASU played host to the CGI University in March 2014, which featured former President Bill Clinton and former secretary of State Hillary Clinton in a program aimed at bringing together college students to find practical, innovative solutions to global challenges," Johnson told the newspaper. "The report you cited reflects the fact that the university co-invested in this educational and promotional opportunity, which was co-produced for our students, and for students from around the world. No state funds were used for this purpose."

The Republic also reported that while the university has lobbied the State Department, university officials claim the lobbying occurred after Hillary stepped down from the position.

The CGI U website also boasts that more than 1,100 students attended the event to raise $60,000 and participate in a “Day of Action” in the community.

“Student attendees had the opportunity to attend plenary sessions, working sessions, and other special events covering topics across CGI U's five focus areas and allowing them to network with their peers, build skills, and identify potential partnerships,” the website for the event states. “Youth organizations, topic experts, and celebrities joined students at the CGI U meeting to help them gain the skills and knowledge needed to take action on their commitments.”

Earlier this month Arizona’s Board of Regents voted to approve tuition increases for both undergraduate and graduate students at ASU, the University of Arizona, and Northern Arizona University. Arizona Gov. Doug Ducey (R) also recently approved a budget that cut more than $100 million from public universities, The Arizona State Press reported.

“In this regard ASU seems to hold themselves accountable to their own pet projects, as opposed to ASU students,” Richard Moorehead, a senior history major at ASU, told Campus Reform. “The money they wasted on the Clinton Foundation event could have been used for scholarships and genuine education.”

“I realize bringing high-profile speakers can raise the profile of the university, but no speaker’s time is worth $500,000, especially if that money is funneled into a presidential campaign,” Moorhead said. He did not attend the CGI U event.

Ryan Hartwig, a recent ASU graduate, told Campus Reform that the $500,000 was "way too much for any celebrity or politician."

"It really makes me question what ASU does with their money, while they continue to complain about state budget cuts," Hartwig said.

The Washington Free Beacon reported that ASU has said it did not use state funds to pay the Clintons, but the university has not disclosed where the money actually came from.

Sen. John McCain (R-Ariz.) participated in the event last year but told The Republic that had he known the price tag, it wouldn’t have been worth it.

"Frankly, if I had known that that was the situation, that they were being paid $500,000, I would have spoken up at the time that I thought it was outrageous," McCain said.

Despite both Hillary and Bill receiving huge speaking fees, Hillary claimed last summer that her family left the White House “dead broke and in debt.”

The university did not respond to requests for comment from Campus Reform in time for publication.