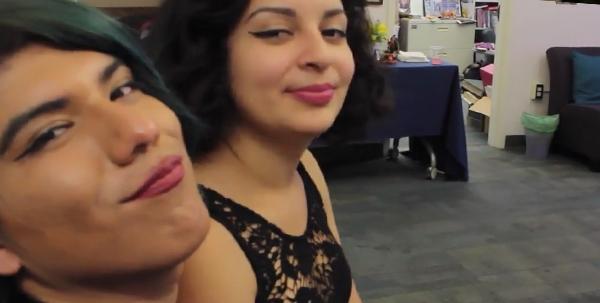 A student organization at The University of California at Los Angeles recently hosted a “Queerceañera” to celebrate the intersection between Hispanic and queer culture.

The event, hosted by La Familia de UCLA, has a title that puns off of quinceañera, a celebration that occurs on the fifteenth birthday of Hispanic girls. Students ate cake, danced, and discussed the integration of Latino and queer culture.

The Daily Bruin, UCLA’s campus newspaper, recently uploaded a video of the event to YouTube. The video opens with Andres Serrano, the group’s outgoing Chair, saying that the purpose of the event is “embracing our queerness within the Latino space.”

According to UCLA’s website, La Familia de UCLA is a group who “demands a safe space of its own to explore”. Among other things, the group claims to fight for empowerment and “unrestrained self-expression.”

In the past, the group hosted an event entitled “Coming out as Queer and Undocumented.”

According to the student government’s website, funding for La Familia de UCLA is provided at least in part by public funds from the university itself.

Both the University and La Familia de UCLA declined a request for comment from Campus Reform.