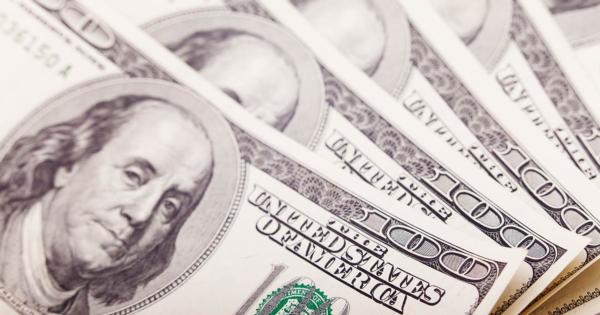 The same day Eastern Michigan University Board of Regents unanimously approved a 7.8% tuition increase, the university announced it will purchase a former student chapel for nearly a million dollars as the new home for the Honor College.

A news release published by Eastern Michigan University (EMU) June 16 reads that it will remain “one of the most affordable and accessible universities in Michigan” and it has maintained low rate increases compared to other public universities in recent years.

"Due to it being the summer semester, there are far fewer students on campus who would have raised a fuss and possibly protested the decision on campus."

“The University is raising tuition in order to continue to provide strong and high-demand academic programs that support student success. Eastern’s academic programs meet the demands of students in today’s economy, which results in employment for our graduating students,” reads the press release.

According to the Detroit Free Press, Eastern Michigan University is forfeiting $1 million in “performance funding” as its tuition increase is higher than the annual cap set by the state. The university expects to receive $10 million in additional revenue because of the decision. Incoming in-state freshmen can expect to pay $10,417 for the upcoming school year.

“Students who have seen the postings on social media are expressing outrage. Due to it being the summer semester, there are far fewer students on campus who would have raised a fuss and possibly protested the decision on campus,” said Pat Osiris, a political science student at EMU.

“In the same day, they purchase a building for $940,000 to use as an honors college, when we have unused buildings on campus,” said Osiris.

University spokesperson Geoff Larcom said that the only vacant buildings are two “unsuitable” residence halls and it was more cost effective to buy the new facility than to renovate.

The Board of Regents approved an agreement to purchase Holy Trinity Chapel from the Roman Catholic Diocese of Lansing to house the expanding Honors College. According to a press release, the purchase “reflects the University’s overall strategy to raise its academic profile, along with the continued enhancement of academic facilities.” President Susan Martin said in the same release that the facility was “ideal.”

Osiris said EMU is a “largely non-traditional and commuter school” and that the Board of Regents’ decisions could have a significant effect on the student body.

“We have families, and are older students. We have bills to pay. Where a 7.8% increase may not seem like a lot, for someone who is a single parent, trying to get an education, that 7.8% raise in tuition may have just priced them out of college,” said Osiris.

Rueben Ainley, a political science and history senior, said he has been in school for 7 years and has worked throughout his college career so he can afford tuition.

“Students are already going part-time to school so they can pay for classes, now they are thinking ‘Will I have to drop out of school temporarily to save up to pay for classes?’” said Ainley, adding that he feels that the Board of Regents is not “in touch with the students.”

University spokesperson Geoff Larcom said that the Board of Regents regularly interacts with students and meets with the Student Affairs Committee to address their concerns.

Ainley said that the money going to athletics and new facilities might be better used to fund student scholarships. EMU has budgeted $48.5 million in University-sponsored financial aid, a 10.7 percent increase over last year.

Ainley questioned why the Board of Regents chose to buy the former chapel at this time.

“Even though [the former chapel] could help students, with us raising tuition right now, is that a necessary purchase for the college?,” said Ainley, who added that he worried about the financial futures of many studying at EMU.

“[The tuition increases] will affect me a little bit but my brother is going next year to EMU and he will have to take out more loans or save more money to afford tuition,” he said.