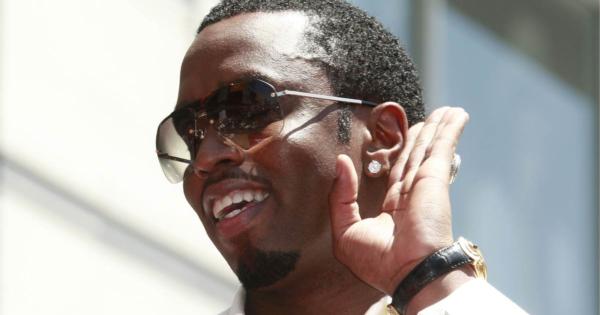 Combs’ son, Justin, is a junior at UCLA and a defensive back for the PAC-12 school’s football team. According to TMZ, the dispute between Combs and UCLA strength and conditioning coach Sal Alosi occurred at the university’s Acosta Athletic Training complex after Combs watched Alosi scold Justin during practice.

"This is an unfortunate incident for all parties involved."

The hip-hop icon allegedly followed Alosi back to his office and was arrested for assault by campus police shortly thereafter. Reports indicate that Combs was charged on several counts including battery, making terrorist threats, and three counts of assault with a deadly weapon—which police reports list as a kettlebell. According to the school, no individuals were seriously injured.

Combs was transported to Los Angeles County Jail immediately after his arrest. Although his initial bail was set at $160,000, law enforcement officials said the rapper was released after posting $50,000, according to the Associated Press.

Despite detailed police reports, a spokeswoman for Combs refused to comment “until all of the facts are sorted out,” according to Fox News.

UCLA head football coach Jim Mora released a statement shortly after Combs’ arrest thanking his staff for their “level of professionalism” in handling the incident.

“This is an unfortunate incident for all parties involved,” Mora said. “While UCPD continues to review this matter, we will let the legal process run its course and refrain from further comment at this time.”

Combs has a long history of running afoul with the law. In 1999, he was charged with assault after allegedly smashing a champagne bottle over the head of music executive Steve Stoute. In addition to having those charges reduced, the father of five was previously acquitted of bribery and gun-possession charges related to his involvement in a 1999 shooting at a dance club in Times Square.

In 2011, Combs quietly settled a civil suit related to the shooting which left three bystanders severely injured. According to the club’s former owner, Combs reportedly paid one of the victims $1.8 million as part of the settlement.