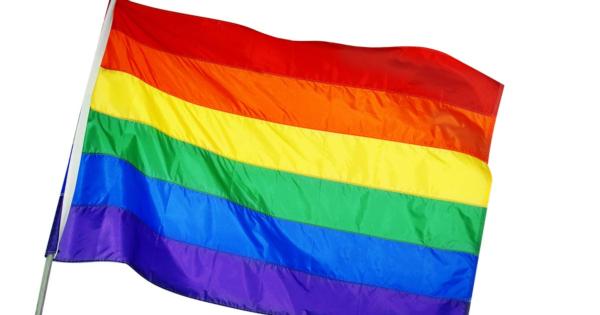 On the eve of a major decision on same-sex marriage by the U.S. Supreme Court, Princeton Professor Robert George said Tuesday that conscientious objectors to same-sex marriage can expect to be stigmatized as part of the “Bob Jonesification of dissenters.”

George argued that the previous “live and let live” rhetoric of “many advocates of the redefinition [of marriage],” is increasingly being replaced by those who are “open in saying that they do not see these disputes about sex and marriage as honest disagreements among reasonable people of good will.” Instead, dissenters are to be seen and treated as the “equivalent of racists.”

"In the name of marriage equality and nondiscrimination, liberty, especially religious liberty including liberty of conscience and genuine equality as I would defend it, are undermined."

George gave an hour long discussion entitled “Consequences of an Idea: The Social Cost of Redefining Marriage” at Hillsdale College’s Allan P. Kirby Center for Constitutional Studies and Citizenship in Washington, D.C. The natural rights theorist is a professor of jurisprudence at Princeton University and coauthor of What is Marriage?: Man and Woman: a Defense. The Supreme Court is expected to release a ruling on same-sex marriage case Obergefell v Hodges by the month’s end, according to Newsweek.

Speaking rhetorically from “the perspective of those who believe that full equality means the eradication of ‘bigoted’ ideas,” George asked why dissenting faculty and academic institutions should be tolerated. He argued that under this logic, academic accreditation and tax-exempt status for colleges along with tenure positions for faculty could be threatened based on their views of marriage.

“In the name of marriage equality and nondiscrimination, liberty, especially religious liberty including liberty of conscience and genuine equality as I would defend it, are undermined,” George said.

In 1983, the U.S. Supreme Court ruled that the Bob Jones University, a fundamentalist Christian institution, would not be entitled to tax-exempt status if it maintained policies banning interracial dating and marriage. The university has since apologized for past “ institutional policies regarding race,” which are no longer in effect.

“Racism and being pro-traditional marriage are two completely different things...By keeping people speaking out about their views, whether it’s through scare tactics, violence, threats or lawsuits will change eventually.... the fundamentals [on which] this country was established,” said Veronica Jones, a rising senior at William Woods University who attended the event.

During the recent Obergefell v Hodges oral arguments at the Supreme Court, Justice Samuel Alito asked whether the Bob Jones v. United States decision could apply to schools which opposed same-sex marriage. U.S. Solicitor General Don Verrilli responded stating “You know, ­­I don’t think I can answer that question without knowing more specifics, but it’s certainly going to be an issue. I don’t deny that. I don’t deny that, Justice Alito. It is –it is going to be an issue.”

“Liberal secularism will tolerate other comprehensive views but only so long as they pose no challenge or serious threat to its own most cherished values,” said George, who argued that recent controversies over former Firefox CEO Brendan Eich’s Proposition 8 support, Catholic Charities’ adoption services, and Indiana’s Religious Freedom Restoration Act can be seen as examples of an effort to “marginalize and stigmatize dissent itself to the point at which people will be perturbed from even entertaining these thoughts in the privacy of their own minds.”

Elijah Coryell, a rising senior at Grove City College who attended the event, said that he agreed with George that the “ultimate end of political correctness is not merely the suppression of speech, but rather the suspension of thought.”

“Increasingly, it would seem that any rational basis for a traditional definition of marriage is not countered, but is rather ignored. If we cannot employ our good-willing minds and ideas to a dispute, power is taken up instead as a means of resolution,” said Coryell.