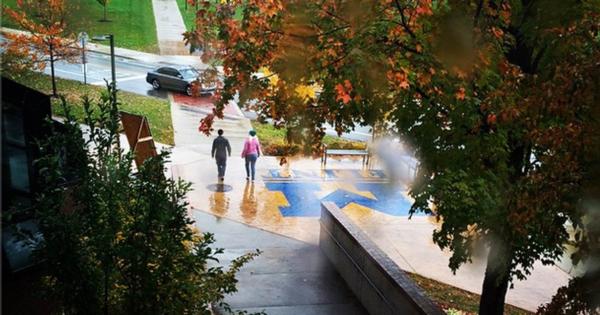 The University of Michigan-Flint is raising tuition rates for its students after paying the equivalent salaries of three chancellors last year.

The University of Michigan Board of Regents approved tuition increases for all of its campuses on June 18. According to a press release, UM-Flint will increase tuition and fees by 3.2 percent beginning in Fall 2015. The average freshmen student will pay approximately $5,229 in tuition and fees per semester, an increase of $160 per semester. The UM-Flint General Fund budget will be $114 million, an increase of $4.6 million over the previous year.

Due to contractual language, the university was paying the full chancellor salary last year for two faculty members who had resigned from the position.

Due to contractual language, the university was paying the full chancellor salary last year for two faculty members who had resigned from the position. Juan Mestas served as chancellor from 1999-2009. Ruth Person succeeded him in 2008 and stepped down last year. Current chancellor Susan Borrego began her tenure in August 2014.

According to documents obtained through a Freedom of Information Act request, the contracts for Ruth Person and Susan Borrego read that they will retain the same chancellor pay rate after returning to a faculty role, but calculated on the nine month academic year rather than on a 12-month basis. They are both eligible for “annual merit increases" in compensation through their academic departments. The reappointment contract for Juan Mestas provides the same benefits.

Current Chancellor Susan Borrego receives a starting salary of $300,000 and she is eligible for merit increases beginning September 2015, based on her contract. In 2014, Mestas received a $177,988 salary as a foreign language professor, approximately twice that of the next highest paid professor in the department. Last year, Ruth Person, who was on a leave of absence, received $273,254.50 in compensation. University spokesperson Rick Fitzgerald said she returned to a “faculty role this spring.”

Mestas has since announced his retirement and will be on a paid sabbatical for the Fall 2015 semester. Sabbaticals may be granted to tenured faculty in order to provide “an opportunity for an intensive program of research and/or study, thus enhancing his or her effectiveness to the University as a teacher and scholar.” Fitzgerald said that both Person’s and Mestas’ paid leaves are consistent with university policy.

The University of Michigan-Flint is located in downtown Flint, Michigan. The birthplace of General Motors, the city has since become known for its high poverty rates. According to the United States Census Bureau, approximately 41% of residents lived below the poverty level in 2009-2013, more than double the statewide rate. According to UM-Flint financial aid director Lori Vedder, the average total undergraduate student federal loan indebtedness at the university was $29,702 during the 2013-2014 year.

According to MLive, Chancellor Borrego said during the 2015 State of the University address that she wants to increase recruitment from underserved zip codes in the Flint-area. The biography found on the university’s website, reads that she is “passionate about supporting student success, particularly for traditionally underrepresented students.”

Fitzgerald said the chancellor pay rate provisions are designed to “allow for senior university leaders to return to the faculty without being penalized for their service as top executives” and are “not at all out of line for higher education leaders and are necessary for the recruitment and retention of the best possible executives.”

“I think that given the expenses paid out to the chancellors, there needs to be a more robust explanation besides attracting better candidates,” said Melvin Lewis Webster II, a political science senior at UM-Flint. "If the university cannot justify gaudy expenses such as those, how can it justify the tuition hike?”

Webster said he believes that tuition is generally “fair considering what is included in the total costs,” but expressed concern about the effects of the increase.

“Raising tuition now will most likely have an adverse effect on students who are considering whether to attend or continue classes at either campus,” said Webster.

Person, Mestas, and Borrego were compensated for moving expenses upon accepting the chancellor position, including payments north of $12,000 to help cover “additional costs.” Chancellors are expected to reside in a house maintained by the university. Person and Borrego were both provided with a car for "personal and official use" during their tenure.

“We have found that providing a car for the chancellor’s use is a cost-effective way to provide transportation for someone who is constantly working and almost never is able to separate work time from personal time,” said Fitzgerald.

Tim Kennedy, a rising junior who has studied engineering at the university, said that “the chancellor’s position is a critical one, so the pay and relocation [funding] is understandable.”

“However, it seems needless to pay former chancellors their pay after they retire from the position,” said Kennedy, who added that funds should be used to “continue revitalizing and updating our campus and, most importantly, recruit and financially assist the young men and women seeking to pursue their respective career paths.”

According to Fitzgerald, UM-Flint will increase financial aid available to students by 13.1% over the previous year and student scholarships are one of the university’s “top fundraising priorities.” In addition, the newly created Chancellor’s Scholar Award will cover full tuition and fees for four years to the top student from each of five Flint-area high schools.

“While their legacy is certainly undeniable, and their wish to remain in the field offering their time and talents shows our leaders’ commitment to higher education, it is entirely unnecessary for our satellite campus to be paying the salaries of three chancellors,” said Kennedy.