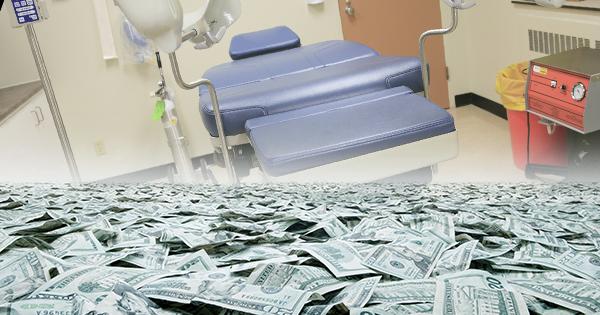 The recent attempt by a graduate student to raise a million dollars in exchange for not getting an abortion, turned out to be a publicity stunt for a newly released book.

The article update can be found here.

An anonymous pregnant graduate student is threatening to abort her baby next month if she cannot raise 1 million dollars in the 72 hours before the scheduled abortion.

The threat comes from her website prolifeantiwoman.com. The student claims to be a graduate student who is currently seven weeks pregnant. Due to what she says are newly restrictive abortion laws in her school's state, she is promising to return to her home state for the abortion.

“On July 7th I will start accepting donations on this page. I will accept donations for 72 hours, the same amount of time this state currently requires a woman to wait after a consultation with a doctor until she can have an abortion. If one million dollars is raised in those 72 hours then I'll have the baby, give it up for adoption and every cent of that one million dollars will be put in a trust fund for the child, which he or she will have access to when they turn 21.”

The student explains that she believes the pro-life movement is hiding the religious right. She suggests that the movement actually cares very little about saving lives and more about “controlling women by minimizing their choices. . . [including] readily available reproductive health care.”

The twenty-six-year-old female suggests that if all of the 157 million supporters of life in the country gave less than a few cents, then it would more than meet the deadline. Last year's Gallup poll suggested that 47% of Americans identified as pro-life.

Many in the pro-life movement are speaking out about the student's actions.

“It's like a political Kickstarter—or a ransom note, depending on where you stand on the issue of abortion” says Adriana Velez of The Stir.

The student states that since her actions are about making a point and not her, she will remain anonymous.