Is tax status the next front in the same-sex marriage battle?

Mariana Barillas News Producer at Sinclair's The National Desk @mvbarillas on Jul 14, 2015 at 9:10 AM EDT 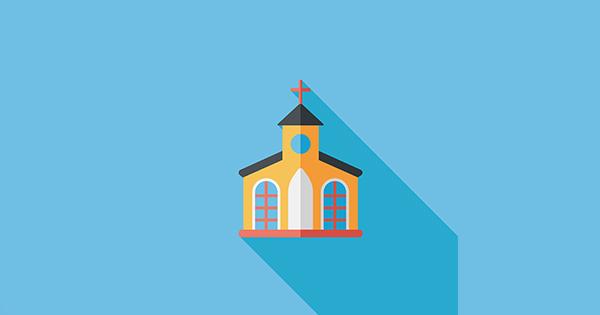 Religious colleges and universities nationwide are taking a variety of approaches to respond to the U.S. Supreme Court’s nationwide legalization of same-sex marriage.

According to Christianity Today, Hope College will offer spousal benefits for any marriage “legally recognized by the State of Michigan.” However, Hope’s chapel will not be available for same-sex marriages, nor has the college changed its official position on homosexuality. The nondenominational Belmont University and the Catholic University of Notre Dame have similarly adopted policies to extend benefits to same-sex couples.

"Weakening the churches will leave individuals subject to the direct control of the state."

The Council of Christian Colleges and Universities released a statement the day of the Obergefell v. Hodges ruling, stating that the "full protections for individuals and organizations to exercise their beliefs privately and publicly are not diminished by expanded marriage rights" and argued that the “tax-exempt status and religious hiring rights of religious institutions will be protected when they advance the religious mission of a college or university.”

"The ruling itself doesn't actually have any impact at all outside of recognizing same-sex marriage as a fundamental right," said Frank Ravitch, a professor at Michigan State University's College of Law.

"At least for religiously affiliated entities, the risk isn't interfering with their beliefs or practices. It's going to be more a question of whether or not they're going to be subject to revocation of tax-exempt status down the road," he said.

As previously reported by Campus Reform, Princeton University's McCormick Professor of Jurisprudence warned of the "Bob Jonesfication of dissenters" days before the opinion was announced. The U.S. Supreme Court ruled in 1983 that the fundamentalist Bob Jones University would not be entitled to tax-exempt status if it maintained racially discriminatory dating policies.

During the Obergefell v. Hodges oral arguments, U.S. Solicitor General Don Verrilli conceded the point that the Bob Jones precedent “would certainly be an issue.”

Before the ruling was released, representatives of 74 educational institutions from across the country sent an open letter to Senate Majority Leader Mitch McConnell (R-Ky.) and Speaker of the House of Representatives John Boehner (R-Ohio) expressing a “deep concern with the potential loss of tax-exempt status for educational institutions should the Supreme Court find constitutional legitimacy for same-sex marriage.”

As reported by Catholic Education Daily, Cardinal Newman Society President Patrick Reilly told EWTN News Nightly he expected the religious freedom of educators will be attacked, but said no one can take the right of Catholics to teach their faith to the next generation.

“I think that we’re going to suffer a lot, and I don’t mean to suggest that we won’t,” Reilly said. “We may not have schools and colleges in the form that we have them now.”

Ave Maria Law Dean Emeritus Eugene Milhizer told Catholic Education Daily that “religious freedom is endangered,” arguing “the recasting of the right of ‘freedom of religion’ to a notion of ‘freedom of worship’” as “an effort to expel religious influence from the public square.”

Peter Leithart, President of the Theopolis Institute, said the Obergefell decision will naturally lead to serious concerns surrounding the tax-exempt status of many religious institutions.

"For many believers, tax-exemption is a matter of principle, not convenience," Leithart told Campus Reform. "Money given to the church is given to God; it's His money, and He doesn't like the State to grab His stuff."

Recently, a number of high-profile cases have reinforced the concern that the constitutional rights of religious institutions may be in peril, particularly now that the Supreme Court has recognized a fundamental right for same-sex couples to legally marry. Barronelle Stutzman, a Christian florist who declined to provide flowers for a long-time customer's same-sex wedding, was sued by the Washington State Attorney General as well as by the gay couple that were denied her creative efforts.

As the Washington Post reports, the ruling determined Stutzman's “religiously-motivated conduct” was in “direct and insoluble conflict” with Washington's anti-discrimination and consumer protection laws.

In 2014, the U.S. Supreme Court declined to review a decision which held that a New Mexico professional photographer did not have the right to refuse services for a commitment ceremony of a lesbian couple because of her religious beliefs. During the same year, the Colorado Civil Rights Commission decided that a bakery "unlawfully discriminated against" a homosexual couple for refusing to bake them a wedding cake. The Commission subsequently required Masterpiece Cakeshop to modify its company policies and provide "comprehensive staff training" on public accommodations discrimination. The Colorado Court of Appeals heard oral arguments in the case earlier this month.

Republican Senator Mike Lee of Utah has introduced the First Amendment Defense Act, which he said in an NPR interview is designed to protect the freedom of religious colleges and universities that recognize marriage as "an institution between a man and a woman."