Prof. demoted after being accused of plagiarism

Mariana Barillas News Producer at Sinclair's The National Desk @mvbarillas on Jul 16, 2015 at 10:25 AM EDT 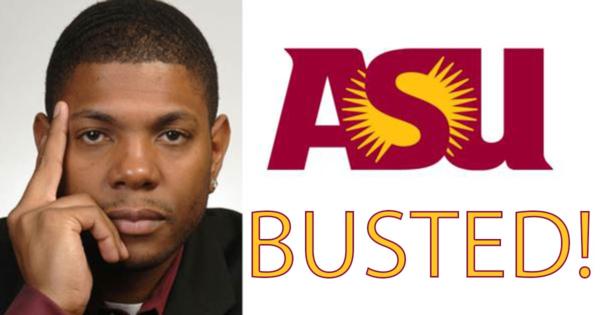 Matthew Whittaker has been demoted after Arizona State University found “significant” content issues with his most recent book.

According to The Arizona Republic, a university investigation confirmed the validity of some of the concerns over his book Peace Be Still: Modern Black America from World War II to Barack Obama. The founding director of the ASU Center for the Study of Race and Democracy and full professor of history will lose at least $20,000 a year due to his demotion to associate professor and co-director of the Center. Whittaker’s university profile states he received his PhD in history, with honors, from Michigan State University and “specializes in U.S. history, African American history and life, civil rights, race relations, social movements and social movements [sic].”

"I ask you to accept my apologies for any embarrassment or damage to your reputation that might have arisen from my mistakes in this matter."

Whitaker's book was previously criticized for including passages apparently taken from Infoplease.com and the Archive of American Television website, which is cited but without quotations. Whittaker wrote a letter of apology on July 1 acknowledging the “merit” of some of the “anonymous online” criticism of his book, admitting the text "contained unattributed and poorly paraphrased material."

“I did intend to give full credit to all sources. But my critics have revealed numerous mistakes that I made. It is painful to recognize that I was so careless as to fail to properly paraphrase and cite sources, despite my reverence and respect for the work of others in this field,” said Whittaker in the statement.

Whittaker continued saying he has been “working to make the necessary corrections and to publish a revised and improved version of the text with a statement of apology and admission of error,” adding that he “fell short of my own expectations and those of people I deeply respect.”

“As my (current/former) colleagues, I ask you to accept my apologies for any embarrassment or damage to your reputation that might have arisen from my mistakes in this matter,” Whittaker concluded in the statement.

As previously reported by Campus Reform, the history professor has repeatedly been accused of plagiarism in his speeches and published textbooks, including using nonacademic sources like Wikipedia, Infoplease.com, and Take40.com without proper citations. According to one student, he also failed to uphold a verbal agreement to share a significant monetary award for a video she spent months creating. He lists the video on a university profile of his featuring his awards and distinctions.

In 2011, several ASU professors accused Whittaker of plagiarism, but an internal investigation concluded that he had not committed “systematic or substantial plagiarism” but university officials did express concern over “occasional carelessness.”