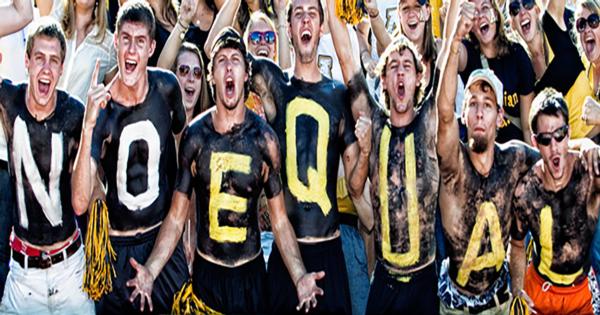 Appalachian State University in Boone, North Carolina, has announced a series of initiatives to improve diversity on campus. The student newspaper, The Appalachian, reported on September 22 that a “bias incident response process” will now enforce the campus’s harassment policy.

Citing concerns that the university is having difficulty attracting and retaining minority faculty, Bindu Jayne, vice chancellor for equity, diversity, and compliance, told The Appalachian that the goal of the initiative is “to have conversations about what personal steps we all can take to be cognizant of how inclusive of an environment we are creating.” Last year, 13.6% of incoming freshmen and 9.8% of faculty were members of ethnic minorities.

A bias incident response team, also known as a BIRT, will review and address complaints filed with the university’s Office of Equity, Diversity, and Compliance. Accordingto The Appalachian, the BIRT will consist of “staff members from the various offices responsible for the creation of the initiatives.”

BIRTs have appeared at colleges nationwide in recent years; however, each university has its own definition of a “bias incident.”

The Foundation for Individual Rights in Education, which promotes free speech on campuses, warns that poor or vague definitions can lead to abuse. The organization gave ASU a “Yellow Light” rating on Sept. 17. A “yellow light” speech code contains vague wording or limited restrictions on speech. According to FIRE, under yellow light policies “the threat to free speech depends on how such a policy is applied.”

The university’s definition of a “hostile environment” includes broad statements such as “imposing religious beliefs on others” or showing “demeaning” material in “non-artistic work areas.”

ASU has a history of controversial free speech violations. In 2012, the university dismissed sociology professor Jammie Price and denied her due process after receiving complaints that she criticized the administration in class, wore a t-shirt that offended student athletes, and screened an anti-pornography documentary in class.

Other initiatives that ASU plans to introduce this fall include mentoring programs, mandatory faculty training on “inclusion and diversity,” faculty exit interviews, and efforts to recruit a more diverse faculty.