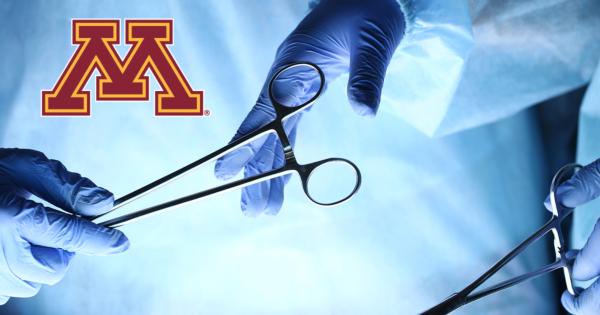 Recently-disclosed purchase orders reveal that the University of Minnesota purchased fetal tissue from a provider featured in one of the videos released by the Center for Medical Progress.

Copies of the purchase orders—which span from 2008 to 2014—were provided in response to a request from Alpha News, and reveal that the university purchased numerous body parts procured from abortion clinics, including a 16-24 week fetal pancreas, a 16-22 week fetal lung, a 2nd trimester fetal liver, and a thymus.

Alpha News submitted the request earlier this month after noticing online records of purchases from Advanced Bioscience Resources Inc. (ABR), a life sciences company that was featured in one of the well-publicized sting videos released by the pro-life group Center for Medical Progress.

In the video, an actor posing as a graduate student speaks with an ABR procurement manager about purchasing fetal tissue for an upcoming research project. The conversation begins with a discussion of the legal restrictions on transferring fetal tissue, and then progresses to a vivid description of the process by which the body parts are harvested from aborted babies.

ABR was also mentioned in another CMP video, in which Dr. Katharine Sheehan, a former medical director of Planned Parenthood of the Pacific Southwest, describes the organization’s long-lasting relationship with ABR, saying the company is primarily responsible for “the big collections for government-level collections and things like that.”

Alpha News reports that Planned Parenthood of Minnesota, North Dakota, and South Dakota has denied having a fetal tissue program, which may have led the university to seek out other abortion providers such as ABR.

Campus Reform contacted the University of Minnesota for details about the purchase arrangements and general comment on this report, but spokespersons had not responded at press time.