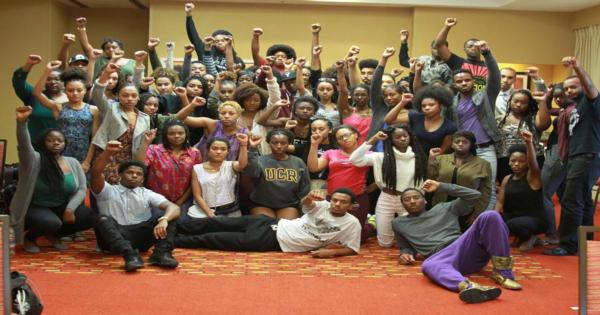 The multi-university Afrikan Black Coalition is calling for black people to engage in revolution and overthrow the Constitution, citing the need to “stop white people” in the “white supremacist world” of America.

“It is our human right to overthrow a government that has been destructive to our people,” the Coalition claimed in a November 4 post titled “A New Constitution or the Bullet.”

“It is our human right to overthrow a government that has been destructive to our people.”

“If America fails to allow all people of this nation to write a new constitution, then it will be the bullet. Revolution is inevitable in a society that does not value the lives of all people,” the Coalition threatened.

The Coalition goes on to declare that institutional racism (the same ‘evil’ the student protestors at the University of Missouri claimed to be combatting) can’t be overcome unless the Constitution is overthrown.

“A Constitution written by only white men will never serve the interests Black [sic] people. The Constitution was written for the ruling class of white men which constructed whiteness to be more valuable than any other race,” the Coalition argues. “When we discuss institutional racism, it is essential that we realize the Constitution created it.”

A November 9 post from the Coalition called for white people to be stopped at all costs and accuses whites of “stealing from other people,” having trouble “minding their own business,” and “respecting boundaries.” According to the Coalition, the “religious indoctrination” engaged in by whites is an example of white people’s failure to respect boundaries.

The Coalition goes on to declare that “White people have historically had problems making too many “mistakes.” White people need to be stopped. Period.”

The Coalition hosts an annual Afrikan Black Coalition Conference at one of its “partner schools such as UC Santa Barbara (which is hosting the 2016 conference in February). Several taxpayer-funded universities including UC Santa Barbara, UC Irvine, UC Riverside, and San Diego State University openly show their support for the Afrikan Black Coalition Conference on their websites and UCLA’s African Student Union is openly recruiting students to join the university’s “delegation” to the conference. A website advertising the conference claims to have been paid for by UCSB’s student government.

The Afrikan Black Coalition did not respond to Campus Reform’s request for comment in time for publication.