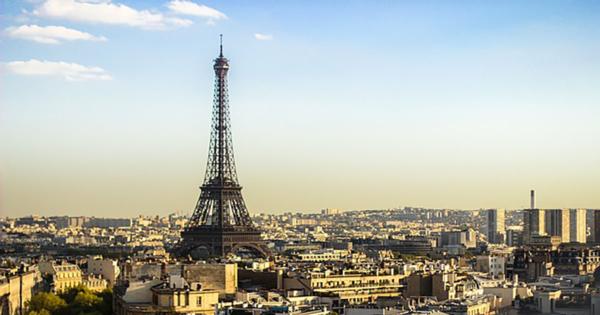 A speaker at an Eastern Michigan University forum on Islamophobia told students that France brought the November 13 Paris terrorist attacks on itself.

"...the only consequence of this is going to be more violence, more bloodshed, more prejudice..."

Drucker is a gay activist from the Netherlands who has authored 16 books including “Arab Sexualities” and “Warped: Gay Normality and Queer Anti-Capitalism.”

The forum was focused on the theory of how “intersectionality” can help one understand how class, “race” (Drucker uses quotations around race because he doesn’t believe in having a specific race), gender, and sexuality are intertwined in today’s neoliberal world.

While Drucker had originally planned to speak about Homonationalism and Islamophobia in America, he felt that in light of the recent attacks in Paris, he needed to “make sense of what seems so senseless,” and in doing so he blamed the attacks in Paris on France’s historical conflicts with Syria.

“The victims in Paris were innocent victims,” Drucker said. “They were inappropriate targets, wrongful targets, but it’s not true that their country had nothing to do with the dying and suffering in the Islamic world especially in Syria.”

Drucker attempted to “make sense” of the attacks by stating that due to conflicts between France and Syria in the past, the attacks were not surprising and were merely part of a larger history between the countries.

“It’s not just that French pilots have been bombing Syria and killing innocent civilians in Syria alongside, of course, U.S. planes which have been bombing Syria and killing innocent citizens in Syria,” Drucker said. “That’s the case, but there’s a longer history—there’s a history of the situation of Muslims in France today; there’s the history of the French colonial rule of Syria for several decades in the 20th century; there’s the history of the brutal colonial war that France fought against Algeria, a Muslim country, in the 1950’s and 60’s. All this history relates to what happened in Paris.”

In his lecture, Drucker did not mention that the Islamic State claimed responsibility for the attacks or that they were killing in the name of their religion. He also was remiss to refer to the attacks as acts of terrorism, instead blaming them solely on past conflicts between Syria and France, and saying that the attackers don’t accurately represent the religion of Islam.

“I think it’s just two twin forms of reaction that feed off one another,” Drucker said. “And the only consequence of this is going to be more violence, more bloodshed, more prejudice, and the only way to break through it is to have people come together and unite against the wars and against the policies that produce the wars.”