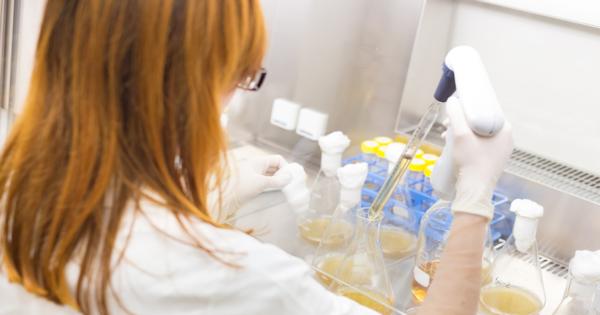 Aborted human fetuses continue to be used for university lab research as animal rights activists focus on what they see as the more crucial issue at hand: research using animals.

A report compiled this month by the Animal Justice Project in partnership with the Taxpayers Protection Alliance, accuses that the University of California, Los Angeles (UCLA) “uses the third-most government funding of all universities to conduct drug addiction experiments on animals.” The international animal rights organization also held a rally in front of the UCLA campus this past summer, protesting the use of animals in drug addiction experiments as “cruel” and unnecessary.

Julia Orr, an author on the report, told UCLA’s newspaper that she collected a list of universities that use federal funding for animal testing, using information on the National Institute of Health website. In her report, she singled out UCLA faculty members who receive the most money in government grants funding addiction research using animals.

“They are trying to find some miracle cure, which they’ll never find, because as we know, every drug addict is addicted for very many different reasons,” Orr said. “So it’s really hard to figure out what exactly they are trying to achieve with these ridiculous experiments.”

James Economou, a vice chancellor for research at UCLA, said that over the years, activists have “threatened and harassed faculty members” involved in animal research and one year, even firebombed a faculty member’s car in 2009.

The animal research is strictly regulated by UCLA’s Office of Animal Research Oversight, which ensures all researchers who experiment on animals undergo “protocol submission and review, including application pre-review, submission processing, communicating and explaining ARC queries, and issuing approvals.”

Concurrently over the summer, UCLA was exposed among several universities that had ordered aborted fetal body parts from StemExpress, a company that sold fetal tissue procured from Planned Parenthood. When Campus Reform asked the university about its decision to use fetal tissue in light of Planned Parenthood’s exposed scandals, UCLA spokeswoman Dianne Klein stated there were no legal or moral issue with the school's orders.

“The University of California conducts research using fetal tissue that is vital to finding treatments and cures for a wide variety of adult and childhood diseases and medical conditions. This research is conducted in full compliance with federal and state law and is in keeping with the university’s education, research and public service missions,” she stated.

Shantal Razban-Nia, a fourth-year political sciences student at UCLA, told Campus Reform that her first reaction to the controversy surrounding animal research was to question whether the activists expect the drug addiction tests to be done on humans as an alternative.

“If it is true that UCLA uses unborn babies for stem cell research, do they also go through a similar process of protocols to test the human pain level?” Razban-Nia asked.

Caterina Kachadoorian, a first-year psychobiology student at UCLA, answered that “based on correlation,” animal rights activists tend to be liberals who also tend to be pro-choice.

“The irony is that using fetal tissue is essentially the same thing as using animals for the purpose of science,” Kachadoorian said. “You are either completely for scientific testing using animal and human tissue or your are completely against it. There is no in between: a life is a life no matter the species. Using fetal tissue should be just as big of a controversy if using animal tissue causes this much of an uproar.”

She added, “As a psychobiology major, and as someone who has performed research it is very easy to spot the inconsistencies with the author’s arguments: she should be equally outraged about the use of fetal tissue in scientific research.”

Editor's note: This article has been amended since its initial publication.