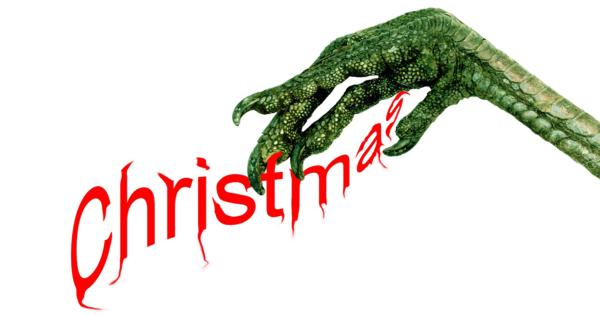 It’s Christmastime, and in 96 percent of homes in this country (including 8 out of 10 non-Christian homes), that means that Christmas lights are hung, trees are trimmed, presents are wrapped, and the strains of carols fill the air. But unfortunately, on college campuses nationwide, it also means that Grinches have descended to ruin the celebration in the name of “diversity.”


Despite the vigorous and recent debate about free speech on campus, leaving the nation aghast at the censorious desires of some college students and their demands for protection from “triggering” speech or microaggressions, the Grinches this year have really outdone themselves—showing their hearts have become not just two, but three sizes too small.

According to Campus Reform, for example, the ironically named Office of Diversity and Inclusion at the University of Tennessee at Knoxville issued guidelines encouraging students and staff to exclude any emphasis on religion or culture during the holidays. Heaven forbid that students acknowledge Hanukkah or Christmas as religious celebrations. Thankfully, after criticism from state legislators, the university removed the guidelines, but Grinches ran amok at other institutions.

They are patrolling for “Christmas parties in disguise” at the University of Illinois–Springfield. There, university diversity officers have taken it upon themselves to decide that Christmas is not about celebrating the birth of Jesus, it’s “about using a time to be with friends and family to build understanding and awareness about others.” Coincidentally, that is the exact mission of the UI-Springfield Diversity Center as a whole, which means UI-Springfield students should be celebrating this new Grinchy version of “Christmas” all year round. So much for a festive holiday season.

Buckeye Grinches at The Ohio State University didn’t simply descend upon campus and pack up all the Christmas trimmings to send over the edge of Mt. Crumpit. Instead, they helpfully issued a guide to “inclusive” holiday practices. Like UI-Springfield, the Buckeye Grinches suggested a new purpose for the Christmas season: the “intent of holiday celebration should be to…engage in diversity awareness” and “inclusivity.” While recommending all religious references and even allusions to any specific holiday be removed, OSU simultaneously recommends learning about others’ religious and cultural traditions. That’s a little hard to do when you’re limited to only “neutral” greenery, white lights, and snowflakes as approved decorations.

OSU also recommends avoiding food that “privileges any religion.” Cincinnati chili is certainly a privilege of non-Hindu religions, and that other beloved Ohio food, pork-filled goetta, is a no-go for Jews and Muslims, so leave them off the holiday menu, Buckeyes. In addition, the diversity enforcers also recommended that OSU students and staff reduce the diversity of their holiday wardrobes while on campus by avoiding the grotesquely offensive colors of red and green. (Does that mean no one should wear their Ohio State red during the month of December? Wow, you’re a mean one, Mr. Grinch.)

Not to be outdone, Ole Miss Grinches changed the name of the annual celebration “A Grand Ole Christmas” to “Hotty Toddy Holiday,” because the original name “connoted too much Christianity,” and apparently an insufficient number of events take place near college campuses that celebrate alcoholic drinks. While the event culminated in lighting an evergreen tree, the university at least was sensitive enough to avoid red and green lights, lest anyone mistakenly assume the conifer was a Christmas tree.

Grinches at James Madison University also protected their students from the offense of a Christmas tree by assuring everyone that their festively decorated evergreen was actually a “Unity Tree.” (Nothing unites people of different beliefs like cannibalizing traditions of their holiday and turning them into tools of diversity awareness, after all.) And while JMU did take a risk and bedazzle the “Unity Tree” with lights (don’t you dare call them “Christmas lights”), the Grinches prohibited a Christian a cappella group from singing “Mary, Did You Know?” during the event because the song, unlike the large lighted pine tree, represented a specific religion.

Schools can’t treat religious holidays as second-class holidays. And remember, if the Grinches realize they can’t eliminate holiday celebrations by command, but instead try to squelch them through “guidelines,” raise your voice about them in a respectful letter to the editor of your campus newspaper or through your own campus event. You don’t have to allow the Grinches to pat you on the head and send you off to bed. Remind them of your freedoms with a good dose of Christmas cheer (and, when necessary, even a little reminder about constitutional law). Remember that you’re not doing it just for yourself; you’re doing it for the sake of others like you, too.

While Grinches are on the loose on campuses across the country, one can hope that when they see students celebrating Christmas anyway, they will recognize that the true meaning of diversity and inclusivity is honoring, not censoring, the religious holidays and traditions of their students and staff. If they don’t…well, we’d rather take the seasick crocodile.

David and Heather Hacker are attorneys who defend the First Amendment freedoms of college and university students and faculty for Alliance Defending Freedom.

So what’s a who to do when the Grinches start to steal Christmas at Whoville U.?