Washington state rep. drafts bill to do away with ‘safe spaces’ 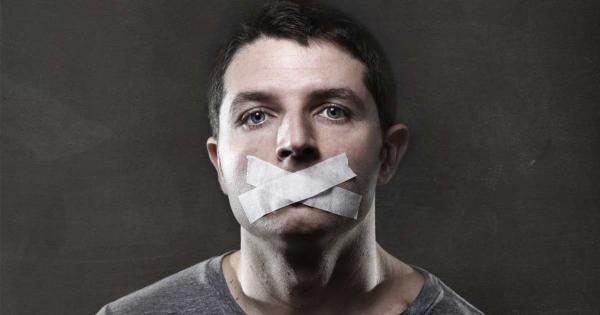 Inspired by a story originally reported by Campus Reform, a state representative in Washington has introduced legislation defending free speech against the encroachment of “safe spaces.”

State Rep. Matt Manweller told Campus Reform that he plans to introduce his “Academic Bill of Rights” as soon as the General Assembly reconvenes in January, adding that many of his Republican colleagues have already agreed to sign on as co-sponsors, and that he has been encouraged by the interest Democrats have shown in the idea, as well.

"The idea that a college should be a ‘safe space' completely misunderstands the purpose of a college."

Manweller told Jason Rantz in a recent KIRO Radio interview that he had watched the erosion of free speech on campuses elsewhere in the country with trepidation, and was inspired to take action in his home state after learning of several professors at Washington State University who had threatened to dock students’ grades for using non-inclusive language.

“I always thought it was other schools, not our schools,” Manweller said. “But then The Washington Post did an expose on Washington State University where they had uncovered all the syllabi saying, ‘if you used these words, if you write these words, you will fail or be punished in some way’.”

The Post article that Manweller cited was part of a deluge of media attention directed at the school after Campus Reform exposed the offending syllabi in August. In addition to listing prohibited expressions, one syllabi also included a requirement that white students “defer” to their non-white classmates in class.

“Then last year when the graduate students at UW went on strike so they could have the power to punish people for ‘microaggressions,' I realized we have a problem at our two flagship universities in Washington," Manweller added.

The issue of academic freedom hits somewhat closer to home for Manweller than it does for most other politicians, because in addition to holding elected office, he is also a political science professor at Central Washington University.

Tentatively dubbed House Bill 3055, the Academic Bill of Rights addresses several common speech restrictions that have surfaced on college campuses, such as the disingenuously-named free-speech zones, disciplinary action for microaggressions, and the use of trigger warnings.

The bill begins by observing that “speech on Washington's campuses has been chilled by increasing regulations that are not viewpoint neutral,” and affirms the legislature’s commitment to protecting freedom of expression and inquiry.

Free speech zones top the list of targeted policies, with an entire section devoted to ensuring they cannot be used to restrict expressive activities outside of certain specific, narrow exceptions.

“A person who wishes to engage in noncommercial expressive activity on the campus of an institution of higher education must be permitted to do so freely, as long as the person's conduct is not unlawful and does not materially and substantially disrupt the orderly operation of the institution,” the text states, clarifying that “nothing in this section may be construed as narrowing a student's rights of expression under the First Amendment.”

Next in line are trigger warnings, which some professors use to notify students of upcoming content that might trigger a negative emotional response. The bill takes a fairly neutral position on the matter, prohibiting institutions from either requiring or prohibiting the use of such warnings.

Manweller walks a similar line on the issue of microaggressions, allowing that a school “may develop educational programs or courses related to microaggressions,” but explicitly prohibiting any policy or rule “that allows it to take adverse action against, discipline, or otherwise punish a student or a faculty or staff member for using microaggressions.”

Violations of any of the above provisions would carry a penalty of “no less than five hundred dollars” in compensatory damages, plus $50 for each day the violation was ongoing, as well as reasonable court costs and attorneys’ fees.

The final sections of the bill address disciplinary issues, protecting school employees from adverse actions related to private expressions of opinion and whistleblowing, and mandating that students receive due process—including the right to have an attorney present and to present all exculpatory evidence—when they are accused of violating either institutional policies or the rights of another individual.

The penalties for violating either of those provisions would be somewhat steeper, with courts exercising discretion over the amount of compensatory damages, the only guidance being that monetary damages for denying due process must be “not less than the amount of any scholarship funding lost as a result of the disciplinary proceeding.”

Manweller told Campus Reform that it is still too early in the process for him to offer a prognosis of the bill’s prospects for passage, but he did say that the early indications have been encouraging.

“Every Republican member of the House Education Committee has signed on as a co-sponsor,” he noted, “and several Democrats have expressed interest, as well, though they’re waiting to see what the ACLU and other stakeholders think.”