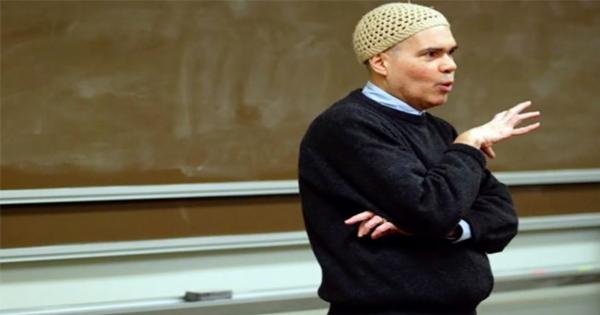 A professor at Kent State University (KSU) in Ohio is under investigation by the FBI because of suspicions he is an Islamic State recruiter.

Julio C. Pino, who teaches in the school’s history department, has been the target of other investigations in the past. In 2007, the school launched an ongoing investigation after Pino posted on a Jihadist blog. The investigation allegedly concluded in 2009 after Pino was visited at his home by U.S. Secret Service agents.

Early on in his tenure, Pino wrote a eulogy in a school newspaper praising Palestinian terrorist Ayat al-Akras who murdered two Israelis in a suicide bombing. At the time, a fellow professor interpreted the eulogy as a call to arms and urged the university to fire Pino.

Another professor said he often sees Pino wearing military camouflage around campus but dismisses any suspicions by calling it a “fashion statement.”

Pino came back into the spotlight in 2011 after he interrupted a student event featuring Arab-Israeli diplomat Ishmael Khaldi with shouts of “death to Israel!” Pino stood up in the middle of Khaldi’s presentation and said “your government killed people.” He proceeded to call Khaldi a liar before he stormed out of the room. Then-university President Lester Lefton condemned Pino’s actions as “reprehensible” and an “embarrassment to [the] university.”

A few years after his on-campus outburst, Pino published an open letter to his Israeli academic peers blaming them for the murder of Palestinian children and called the Israeli government the rightful heir to Nazism. “You have chosen to openly work for and brag about academic collaboration with a regime that is the spiritual heir to Nazism,” Pino wrote in his letter. He concluded the letter with calls for a jihad, saying “hasta la victoria siempre” and “jihad until victory!”

Pino told Watchdog.org he stands by every word of his original statement.

On Tuesday, the FBI confirmed its investigation after Special Agent Donna Cambeiro told the Record Courier it is “conducting an ongoing investigation.” She declined to offer any further comment. KSU spokesman Eric Mansfield said “Kent State is fully cooperating with the FBI” and assured faculty and students there is no threat to campus.

Student reporters on campus sat down with Pino for an interview on Tuesday after hearing about his alleged ties to the Islamic State. During the interview, Pino denied involvement with the Islamic State and said he is not aware of any investigation.

“I’ve not broken the law,” he said. “I don’t advocate anyone else break the law, so I’ll stand by that statement that I fulfill my duties as an American citizen by speaking out on issues that some people find controversial, of course, but no, I have not violated any laws that I’m aware of or than anyone has informed me of.”

As part of the FBI investigation, several of Pino’s colleagues and students were questioned. Among them was Emily Mills, editor-in-chief of the Kent Stater student newspaper, who said she was asked about what students think of Pino. He is “really, really open about his views and what he believes,” she said.

Pino confessed he has been practicing his Islamic faith for over 16 years but denied any allegations that he praised the Islamic State in the classroom. However, he did admit he is outspoken about his viewpoints and told student reporters he supports the Palestinians in the Israel-Palestine conflict.

“With your students, have you talked about the Islamic State with them?” one reporter asked.

The FBI is currently questioning Pino’s students to see if any were pressured into converting to Islam.