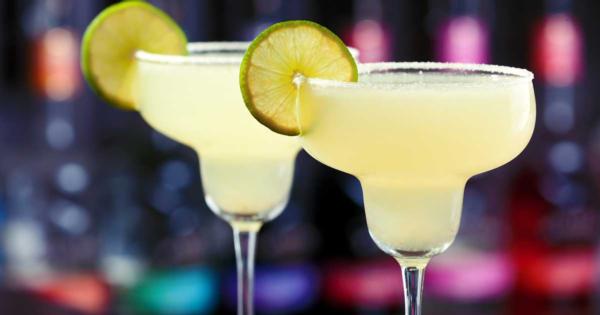 Bowdoin College in Brunswick, Maine launched an investigation into an “act of ethnic stereotyping” after a group of students allegedly hosted a racially charged party over the weekend.

Dean of Students Tim Foster sent out a campus-wide email on Feb. 22 informing students that he is working with the president of the university to address the situation.

"This act of cultural appropriation...contradicts our goal to refine the education of students in an inclusive residential community."

“It has come to my attention that an act of ethnic stereotyping may have occurred at the College over the weekend,” he wrote. “I have spoken with President Rose about this, and my office is in the process of investigating what we have learned from students and from posts on social media.”

The incident that allegedly sparked the outrage was a tequila themed birthday party that some students took as offensive to Hispanic students. The party, according to a copy of the invitation, was hosted by several female students at Bowdoin for one of their friends.

The invitation took care to point out that the event was not to be considered a fiesta but was simply encouraging students to bring tequila to the event. However, several photos of students wearing sombreros at the party surfaced on social media.

As a result, the Bowdoin Student Government (BSG) voted unanimously to issue a “statement of solidarity” as well as a resolution to “stand by all students who were affected by the ‘tequila’ party that occurred on 20 February 2016.”

The statement of solidarity calls the tequila party an “unacceptable” event that “will not and should not be tolerated by the Bowdoin community.”

“This act of cultural appropriation is offensive for the previously stated reasons, is disrespectful, creates an environment where students of color, particularly Latino, and especially Mexican, students feel unsafe, and contradicts our goal to refine the education of students in an inclusive residential community,” it continues.

BSG also issued a corresponding resolution demanding the university create a “supportive space” for students who feel targeted by the party.

The resolution states that “the administration must make clear to students, well in advance, their commitment to creating a supportive space for students who have been or feel targeted, for as long as students deem necessary.”

The resolution also called for the creation of “safe spaces” for victims and new educational courses for offenders such as those involved in the tequila themed party.

Additionally, the BSG recommended that the “administration should more immediately acknowledge incidents of this nature,” despite the fact that the administration’s response came less than 48 hours after the party occurred.

At a BSG public committee meeting following the party, students spoke about how they felt victimized and attacked by the tequila themed party, though none had admitted to attending.

The Bowdoin Orient editorial board strongly condemned the students involved in the tequila party, saying it was a violation of “basic empathy” and “respect.”

The Orient also published an article by a Mexican-American student who claimed it was especially offensive because the party-goers knew nothing about Mexico “beyond the two minutes of history you had in your ignorant American textbook.”

One Bowdoin student, however, is criticizing the university for its authoritarian response.

“We enjoyed our first year here, but recently we’ve found ourselves right in the middle of an authoritarian takeover by PC culture and its crooked army,” the anonymous student wrote in a letter. “Anyone with half a brain can see that there was no malicious intent or hatred from the author (who, by the way, is half Columbian).”

The student goes on to say that several of the party organizers had to leave campus for a while “because of all the hate they received.”

The writer claims many other students share his disagreement with the BSG’s actions but are afraid to publicly do so, since any dissenter is immediately “declared a bigot or a racist.”

“We just want our administration and student government to know that there are a lot of people here that really disagree with them,” the student continues. “Can you not drink tequila or wear a sombrero anymore if you aren’t Mexican? What do these people think they’re going to accomplish? The way they reacted to this mundane event is nothing short of bananas.”