Georgia profs. worry they may be shot by students with concealed weapons 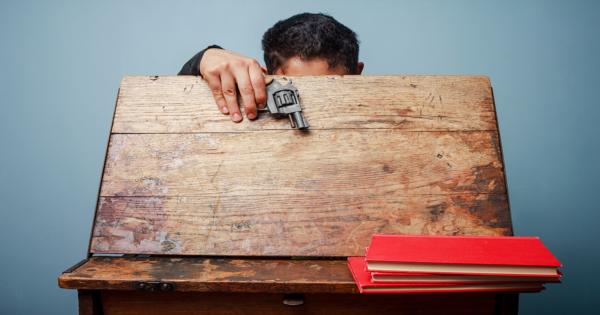 Many professors, students, staff and university presidents across Georgia are speaking out against a new bill which allows for concealed carry on campus saying they fear being shot by disgruntled students, that the suicide rate may grow, and that many students are too impulsive and immature to carry a gun.

Current state law doesn’t allow concealed carry on campus, however, HB 859, which passed in a state senate committee on Monday, would allow anyone aged 21 or over with a weapons license to carry a concealed gun on public college campuses in Georgia, with the exception of dormitories, Greek houses and athletic events.

"...guns on campus will do violence without being fired."

“To some the answer to campus crime – however mythical it may be – is a gun. And not just one gun, but many, concealed in backpacks, purses, and under coats by the ‘well-regulated militia’ the Second Amendment honors,” said Dr. Matthew Boedy, an assistant professor of rhetoric at the University of North Georgia (UNG).

“And as any ‘campus carry’ supporter will remind you, one does not argue with a person aiming a gun at you. To rightly answer an armed robber, one must forgo ‘talking them out of it’ and take them out,” Boedy continued.

Many are joining in the dissent including Bonita Jacobs, president of UNG, who sent out a campus wide email last week supporting University Chancellor Hank Huckaby, who testified against the bill, and included his testimony in her email.

Huckaby told the committee that the Board of Regents, 29 university presidents, campus police, and many parents support the current law, which forbids campus carry, that they argue has already created a safe environment.

“Our campus police officers will tell you that allowing students to have firearms on campus makes their job extremely challenging, particularly if an extreme emergency were to occur,” Huckaby argued, “The bottom line—we oppose this legislation.”

State senator Nan Orrock (D) said she finds it unsettling that guns can be allowed on college campuses yet are not allowed in the state capitol.

“It’s troubling to see, again and again, legislative leadership writing the Legislature out of the law, creating loopholes. The gun policy is a good example of that. That is an effort to throw the doors open to guns everywhere, and somehow the Capitol is sacrosanct. My granny always said what’s good for the goose is good for the gander,” Orrock said.

Moms Demand Action and Gunsense Georgia have also voiced concerns about what the new bill would cost, with expenses including additional security equipment, training, insurance, gun lockers, and metal detectors, to keep guns out of restricted areas.

Florida rejected a similar bill last year when the state legislature estimated the total cost for extra security to be about 74 million dollars.

Over the weekend, Everytown for Gun Safety, a national gun control group, began airing a 30-second ad titled “Bad Decisions” which focuses on whether students use proper judgement, especially when alcohol is involved.

Governor Nathan Deal (R) supports the new bill and says that all the fears about campus carry don’t appear to be coming true.

“We heard all the hype that we’re now hearing about campus carry, all the predictions of tragedies. All the predictions that we were going to open our state up to a Wild West scenario. Those earlier fears don’t appear to have come true...therefore, to use those kind of arguments with the campus carry discussion, I think lacks validity,” Deal said.

Laylo Detko, a student at Kennesaw State University, also spokein favor of the new bill when she testified before Georgia lawmakers.

Detko described how she was recently accosted by two large men in a parking garage on campus who tried to scare her and backed her into a corner. She said she was thankful she wasn’t raped.

"I don't think a taser or pepper spray would have stopped them, and I've been trained with my gun. I do have a concealed permit, and I've taken classes to know how to handle myself in stressful situations... [and] it would have prevented anything, if something had happened," Detko said.

Representative Mandi Ballinger (R), a co-sponsor of the bill, says that campus carry is good for women because, "Physically we're, generally speaking, smaller, and it's very empowering for most women to be able to have a firearm; it's an equalizer.”

Recent University of Georgia graduate, Laura Briggs, a sexual violence prevention advocate, says that campus carry won’t help women and potential victims but would create a new threat to them.

“These survivors will live in terror. Because their assailant or abuser can now legally carry a loaded gun,” Briggs argued.

Boedy says there is no guarantee students with proper training can even take down a shooter or assailant and that the new campus carry law is just another way to evade learning.

“Sadly, guns on campus will do violence without being fired. Once we accept as normal the intrusion of guns upon a classroom, the essence of a classroom changes. To protect students from violence, Georgia lawmakers want to protect them from learning,” Boedy said.

Brian Ledtke is an intern for Campus Reform. Prior to joining Campus Reform, Brian spent 15 months traveling around the world. He has previously worked as a staff writer for The Saginaw News, The Grand Rapids Rapidian, and The Grand Valley Lanthorn.