The University of Kansas is investigating pro-Donald Trump chalk that appeared on campus sidewalks Tuesday morning.

KU students took to Twitter this week to express their outrage over the political speech, saying they are troubled that some of their classmates are Trump supporters, and even comparing the chalk messages to the confederate flag.

The university said that they would have allowed students to chalk had they applied for approval, but allegedly had staff remove the unapproved chalking the day it was discovered.

Former student senator Shegufta Huma, however, argued that approval from the University is less important than the message itself, tweeting a photo of one chalking with the caption, “Is this the post-racial paradise folks pretend exists?”

“The issue isn't whether a student chalked or if it was approved,” Huma tweeted later. “The issue is folks in the KU vicinity support a racist, sexist demagogue.”

Nor were the students mollified when the KU News service pointed out that the chalking may have been done by someone from outside the school community.

“@KUnews does it matter? The presence of support is on campus, and that's enough,” KU student Brittany Bodenheimer tweeted in reply. “Almost more concerning if it wasn't a Jayhawk.”

Some didn’t like the University’s response to Huma, who was one of the first to complain about the chalk on Twitter. Rock Chalk Invisible Hawks, the group behind last semester’s on-campus protests, which included the harassment of a charity fundraiser, tweeted that KU should have denounced the “Trump propaganda,” and instead was “defensive.” They also suggested in a separate tweet that KU should “intervene.”

Bodenheimer tweeted that KU “plays down student concerns” and just pretends to listen.

The University does have a clearly-stated policy requiring prior approval for chalking, saying that “all other chalking is subject to immediate removal and the individuals or groups responsible may be charged the cost of cleanup.”

This comes just a week after a similar incident occurred at Emory University, which caused the school’s student government to allocate funds to help support students traumatized by the chalk. 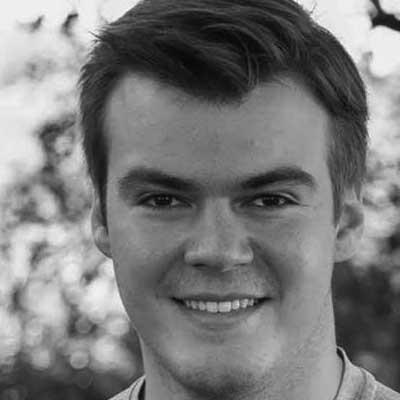