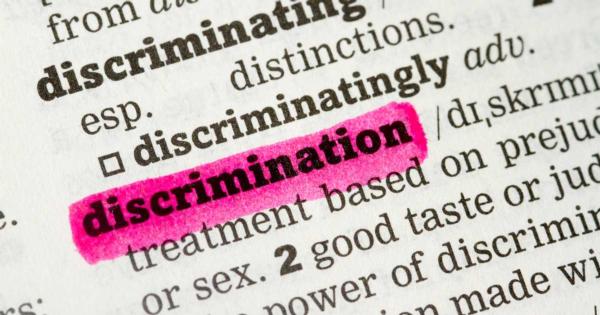 The “ Hate Crime and Bias-Motivated Incidents Policy,” as the name suggests, covers both criminal instances as well as any “expression of hostility against a person, group, or property thereof because of such person’s (or group’s) identifying or perceived race, color, religion, ancestry, national origin, disability, gender, gender identity or expression, and/or sexual orientation.”

"Community-wide responses might include, but are not limited to: rallies, mediation..."

The Iowa college’s new policy instructs students to report events that they interpret as a hate crime or bias-motivated incident to Campus Safety and Security, which investigates the matter and then either forwards the case to local police for investigation of a possible crime or else refers it to the Dean of Students and Chief Diversity Officer so that it can be addressed internally.

Also included in the protocol are detailed instructions for reporting bias incidents, telling witnesses and targeted persons to document all pertinent information, such as the names of all individuals involved and a verbatim recollection of any verbal exchanges, and to preserve physical evidence such as graffiti or emails.

“After consultation with the targeted individual(s) or group(s), the Chief Diversity Officer may inform the Grinnell College campus community of the hate crime or bias-motivated incident,” the explanation continues. “Depending on the situation, this notification may include: community-wide opportunities for support and advocacy, information about the incident itself (nature of the incident, location of incident, etc), and safety announcements as required by law.

Following the notification, “community-wide responses might include, but are not limited to: rallies, mediation, facilitated dialogues, discussions in and out of the classroom, special counseling sessions, on-campus forums or ‘teach-ins,’ and/or external speakers or trainers with relevant areas of expertise,” with the exact details determined by the Chief Diversity Officer in consultation with the targeted parties.

Beyond the initial response, the policy also calls for preventative measures to be taken in hopes of thwarting any repetition of the unwanted attitude or behavior, including (but once again not limited to) “support for student groups promoting inter cultural awareness and social justice, bringing diversity trainers to campus, increasing and promoting formal and informal discussions of oppression and privilege, and implementing and supporting policies that will create a safe and diverse campus community.”

Grinnell College also outlines plans for taking disciplinary action against those students who are found guilty of committing a hate crime or bias-motivated incident, saying that “if the College’s investigation indicates that the alleged perpetrator(s) are Grinnell College students, the case may be brought to the College Hearing Board,” adding that “student(s) found responsible for bias-related charges may face outcomes up to and including suspension, dismissal, or degree withdrawal.”

The Foundation for Individual Rights in Education (FIRE) blasted Grinnell’s new policy as an impediment to productive discussion and the free exchange of ideas, awarding it the dubious distinction of making it “ Speech Code of the Month” for March.

“If students can be punished for expressing any opinion that someone else subjectively perceives as hostile, discussion and debate of political and social issues will be severely curtailed,” FIRE’s Director of Policy Research Samantha Harris told The Scarlet & Black, Grinnell’s student newspaper.

The university has since responded to FIRE saying,“There are plans to improve the Hate Crime and Bias-Motivated Incident protocols in the future by increasing training on bias for those who might be receiving and processing reports, but we have no intention of changing our policy that explicitly prohibits hostile, threatening and harassing behavior toward an individual or group due to their group identity.

“It is important that institutions of higher education consistently engage in dialogue about the open exchange of ideas that is cited in our mission, as exposure to a diversity of thought helps clarify one’s own opinions,” the statement explains. “However, institutions are equally responsible for assuring that the behavior of some members of our campus does not hinder the rights of others to be free from harassment and discrimination that infringes on their right to receive an education.”

Josh Eisen is an Opinion Writer at the Daily Wire. Formerly, Josh was a Campus Correspondent and reported liberal bias and abuse on campus for Campus Reform. After completing a one-year program at Bar-Ilan University in Israel, Josh graduated with a degree in Political Philosophy, Logic and Epistemology at the University of Western Ontario in Canada.