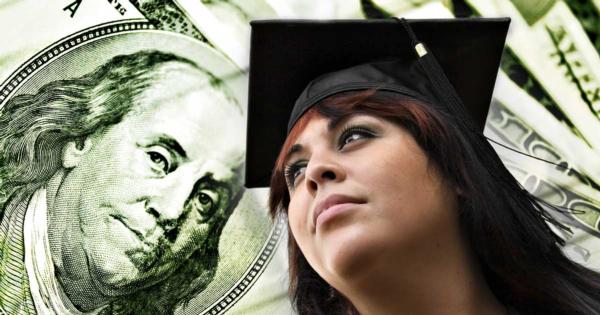 "Under the Sanders free college proposal, families from the top half of the income distribution would receive 24 percent more in dollar value..."

“The non-tuition costs of attending college, including living expenses, are larger than the costs of tuition and fees for most students,” he explains, and “free college, which does not address these expenses, leaves families from the bottom half of the income distribution with nearly $18 billion in annual out-of-pocket college costs that would not be covered by existing federal, state, and institutional grant programs.”

Sanders’ proposal to provide free college tuition at public universities and colleges has come under fire from both sides of the political spectrum, with Hillary Clinton memorably arguing at one point that, “Donald Trump’s kids shouldn’t go to college for free.”

The Brookings report examined whether or not eliminating tuition fees for students at public college would benefit students from certain income groups more than others, finding that while average tuition is fairly consistent at the community college level, the most expensive public, four-year institutions tend to attract students from higher income brackets.

The real losers, according to his analysis, would be students whose parents can no longer claim them as dependents. Such “independent” students constitute half the overall enrollment at public colleges, but would receive just 33 percent of the benefits under Sanders’ plan.

“The estimated distribution of benefits under the Sanders plan does not appear to be very progressive, but Sanders supporters could make the argument that the benefits that would go to affluent families are a reasonable price to pay for free college for everyone, and may help shore up political support for such a program,” Chingos concludes. “They might also emphasize that Sanders has proposed a large tax increase targeted at higher-income families, and argue that affluent families would more than pay for the free college benefits they receive through higher taxes.”

Ultimately, however, he predicts that “the debate over free college is more likely to be resolved on political than on empirical grounds.”

Josh Eisen is an Opinion Writer at the Daily Wire. Formerly, Josh was a Campus Correspondent and reported liberal bias and abuse on campus for Campus Reform. After completing a one-year program at Bar-Ilan University in Israel, Josh graduated with a degree in Political Philosophy, Logic and Epistemology at the University of Western Ontario in Canada.