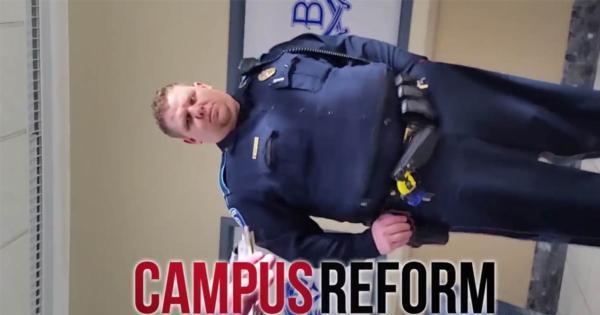 The Blinn College Board of Trustees agreed to settle a lawsuit Wednesday filed by a student who was told she would need “special permission” to display a gun rights sign in the school’s designated free speech zone.

Last year, Campus Reform broke the story that student Nicole Sanders was prohibited from recruiting her classmates for a Young Americans for Liberty (YAL) chapter she was working to start on campus.

“Gun rights on campus? Hey, I’m not against guns, okay? But on campus, I’m not so sure."

“Sounds like the gist of what happened is a student kind of set up shop, and we have policies and procedures that basically all they have to do is apply for a group,” said Jeff Tilley, Blinn’s marketing and communications director.

In order to apply for official group status, however, an organization needs to recruit at least seven interested members, which Sanders was attempting to do. According to Tilley’s reasoning, Sanders needed to launch her school’s YAL chapter before she could actually begin recruiting for it, even though school policies required her to recruit seven members before officially launching.

While recruiting in her school’s free speech zone, Sanders set up two signs with conservative slogans written on them in order to spice up the appeal to her right-leaning peers.

“Defend your gun rights on campus,” one sign said.

Later, Sanders was approached by a school official who had witnessed her recruitment efforts.

“Hey, I’m not against guns, okay? But on campus, I’m not so sure,” she continued.

“We just don’t allow it,” Rich said, unable to cite a school policy that would prohibit Sanders’ actions. “You have to come and get special permission.”

Continuing to fumble with her words, Rich then wrongly told Sanders that Blinn’s status as a private college prevents Sanders from recruiting on campus.

“It’s a private college actually, it’s a community college,” Rich stated, even though Blinn is not in fact a private school.

Sanders took her case to the Foundation for Individual Rights in Education (FIRE), which then filed a lawsuit against the school on her behalf. Now, a year later, Blinn and FIRE have reached a settlement agreement requiring the public community college to revise its restrictive policies and pay Sanders $50,000 for damages and legal fees.

“I am happy that Blinn College agreed to make important changes to its student speech policies that not only bring them in line with the First Amendment to the United States Constitution, but also make it less likely that students will have their rights trampled in the future,” Sanders told FIRE. “I truly hope that the legacy of this case will make Blinn a place where free speech rights are both exercised by students and protected by the administration.”