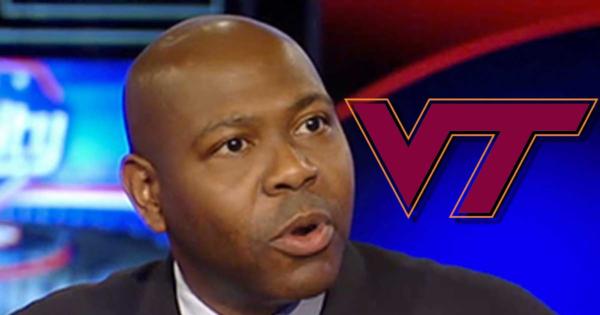 Virginia Tech University has decided that conservative pundit Jason Riley will be allowed to speak on campus after all following a public outcry over his disinvitation last week.

University president Timothy Sands issued a statement Thursday saying the school has “apologized to Jason Riley for this error in judgment, and Dean [Robert] Sumichrast has invited him to speak at Virginia Tech,” but maintaining that the original invitation had been made erroneously, and attributing the ensuing controversy to “confusion” and “miscommunication.”

"No matter what misgivings or regrets college administrators have after the fact, they are obliged to uphold the offer."

Last Monday, National Review reported that Riley, a Wall Street Journal columnist and Manhattan Institute senior fellow, had received an email informing him that his invitation to deliver the next BB&T Distinguished Lecture at Virginia Tech had been cancelled due to concerns that it would incite protests.

According to the email, a copy of which was obtained by the National Association of Scholars (NAS), Finance professor Douglas Patterson’s colleagues initially had no objections to the invitation Patterson had sent to Riley several weeks earlier, but later became “afraid there could be protests over [his] appearance on campus” after they learned that Riley, who is black, has “written about race issues in the WSJ.”

Patterson explained that the university’s recalcitrance had to do with protests against the most recent BB&T lecturer, Charles Murray, whom students accused of racism over his 1994 book, The Bell Curve. The lecture ultimately went ahead as planned, albeit with stepped-up security, and was preceded by a “teach-in” at which students charged that Murray “is a racist, was or is a member of the Ku-Klux-Klan, that he supports eugenics, and that the Koch brothers are behind the BB&T lecture series.”

Robert Sumichrast, Dean of the Pamplin College of Business at Virginia Tech, responded to the National Review article Tuesday with an open letter denying that Riley had actually been disinvited, because, he claimed, Patterson’s invitation was not official.

NAS President Peter Wood responded the following day with a letter challenging Sumichrast’s assertions, arguing that Patterson’s role as director of the “Exploring the Foundations of Capitalism and Freedom” program (which oversees the BB&T Distinguished Lecture) gave him the authority to extend the invitation.

“No matter what misgivings or regrets college administrators have after the fact, they are obliged to uphold the offer,” Wood asserted. “Exceptions might arise if the recipient did something horrendous that disqualified him for the honor. But nothing changed in Mr. Riley’s life.

“What changed was not Mr. Riley’s profile, but the public relations sensitivities of administrators at Virginia Tech,” he continued. “They felt scorched by the negative publicity that ensued from President Sands’ mishandling of the protests prompted by the invitation to Charles Murray, and they felt apprehensive about the possibility of additional protests should Mr. Riley speak.”