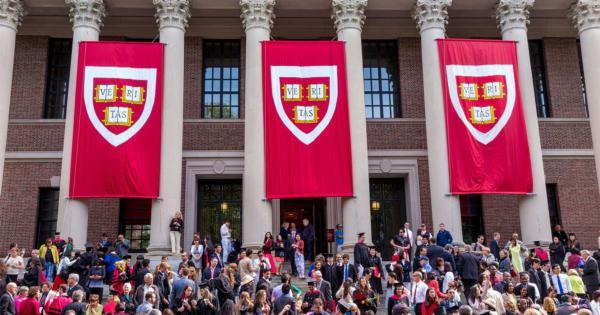 Harvard University says on its website that ‘innocent until proven guilty’ can be used as a way to silence survivors of sexual assault.

Harvard’s Office of Sexual Assault Prevention and Response (OSAPR), which offers other “current, accurate language” on its website, is also responsible for mandatory sexual assault trainings for student organizations.

“Gender equity cannot be achieved until it is recognized that there are more than two genders.”

“Many of the terms [listed on the website] have complicated, nuanced language in an attempt to provide greater clarity around these issues,” OSAPR explains.

In the definition of the term “innocent until proven guilty,” for instance, OSAPR writes, “In the context of sexual assault, ‘innocent until proven guilty’ is sometimes invoked to silence survivors,” while the definition for “gender inequity” states that “gender equity cannot be achieved until it is recognized that there are more than two genders.”

The site even questions the use of “perpetrator” to describe someone guilty of sexual assault, asserting that the term has “negative connotations.” OSAPR suggests victims may instead want to use the phrases “person who caused harm” or “someone engaging in harmful behaviors,” so as not to bring into question the character of the assailant.

Additionally, OSAPR uses its website to feature upcoming events on campus. The most recent event posted on the page is an advertisement for “ Out of Silence: Abortion Stories from the 1 in 3 Campaign,” which is described as an effort to “end the stigma” surrounding abortion and “encourage supporters of abortion access to publicly take a stand.”

The department’s efforts also relate to other initiatives on campus, most notably the sanctions that were recently imposed on members of single-sex organizations forbidding them from holding leadership positions on campus and denying them eligibility for prestigious scholarships. Further, any campus groups that receive more than $300,000 in funding yearly are required to participate in “bystander intervention” training led by OSAPR.

Representatives of OSAPR had not responded by press time to messages from Campus Reform.