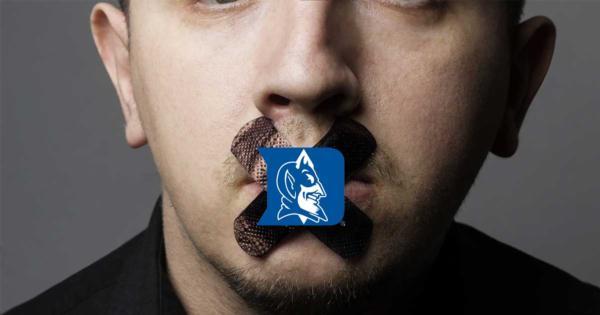 According to a Duke University task force, Yik Yak creates an unsafe atmosphere for students on campus due to the “rampant hateful comments” on the anonymous social media platform.

Duke established the Task Force on Bias and Hate in November 2015 to address discrimination on campus in response to a community forum, but the committee’s initial efforts were derided by student protesters who occupied the Allen administrative building in April bearing a list of demands for administrators that included raising the minimum wage to $15 an hour and firing the university’s Executive Vice President and Vice President.

"This gets into the thorny issue of free speech, and we struggled with that when writing this report. At this point, we do not have a recommendation on how to deal with Yik Yak."

In an interview with The Duke Chronicle discussing the final report of the task force, which was released on April 30, Dean of Social Sciences and Task Force co-chair Linda Burton said concerns about Yik Yak “[get] into the thorny issue of free speech, and we struggled with that when writing this report.”

Yik Yak is a mobile app where users can anonymously post messages visible to all users within a certain geographic radius. Its terms of service state that users may not post harassing, racially offensive, or threatening messages, and those who violate the terms may have their account suspended or their posts removed.

The Chronicle interview dove into other issues surrounding diversity on campus, with Kelly Brownell, Dean of the Sanford School of Public Policy and Task Force co-chair, calling for professors to “reflect diversity issues in their teaching.

“I’ve taught courses on food and food policy, and one of the things I deal with is racial inequity and access to food,” she explained. “That becomes a strong focus in my class, but there’s a possibility I can do even more.”

In addition to fielding complaints about Yik Yak and a lack of diversity among faculty for the final report, the Task Force asked some students to respond to an “Everyday Discrimination Scale.”

Forty-one percent of students who took the survey reported experiencing such “micro-aggressions” at least a few times a month, leading Burton to note that she wants Duke to “own the presence of hate and bias on our campus.”

“We want to think about the fact that it's not just a question of the administration admitting that hate and discrimination exist,” she said. “It's not just administrators. It's students, it's faculty, and staff as well.”

The Task Force offered 11 recommendations for the university, including establishing a campus-wide policy for handling complaints of hate and bias, but Burton conceded that “we do not have a recommendation on how to deal with Yik Yak.”

In December 2015, students called for a ban on the app but the Vice President for Student Affairs ruled out such a measure as being “infeasible”.

Campus Reform reached out to the Co-Chairs of the Task Force to ask whether the university is planning on revisiting that decision, but did not receive a response by press time. This article will be updated if and when their responses are received.