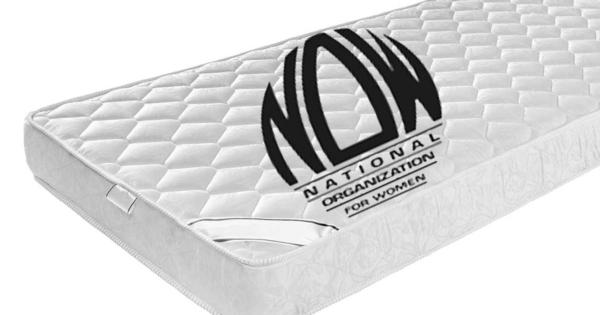 Emma Sulkowicz, otherwise known as ‘Mattress Girl,’ has been lionized by the National Organization for Women (NOW).

Sulkowicz is best known for her thesis art project at Columbia University, titled “Carry That Weight.” The project involved carrying a mattress around campus for a year. According to Sulkowicz, the weight of the mattress symbolized the weight she had been carrying since she was allegedly raped in her dorm room during her sophomore year.

However, Paul Nungesser, the alleged rapist, maintained the sexual encounter was consensual. In fact, the rape account came into question when Nungesser was able to produce Facebook messages with Sulkowicz from months after the alleged incident. The messages from Sulkowicz included telling Nungesser that she loved him and wanted to snuggle with him.

Nungesser was ultimately found “not responsible” by Columbia University, and Sulkowicz decided not to pursue criminal charges. However, she continued her mattress campaign, urging Columbia to kick Nungesser off campus.

Nungesser filed a lawsuit against Columbia for failing to protect him from the highly publicized sexual assault accusations. His suit claimed that Sulkowicz’s project had irreparably damaged his reputation, as students nationwide began carrying their mattresses in protest of Columbia’s decision to allow Nungesser to remain on campus.

Sulkowicz continued to publicize the alleged rape, releasing a pornographic video shortly after her graduation. The video, titled “This is Not a Rape,” depicts Sulkowicz engaging in sexual activity that mirrors the rape allegations she made against Nungesser. She urged viewers not to watch the video without her consent.

NOW previously honored Sulkowicz with its Susan B. Anthony Award in 2014, explaining that she is “inspiring students to question rape culture.”

Sulkowicz thanked NOW in an Instagram post, stating, “Many people ask me how I've ‘healed’ from my assault, as if healing were another word for ‘forgetting about it,’ ‘getting over it,’ or even ‘shutting up about it.’ To expect me to move on is to equate courage with self-censorship.”