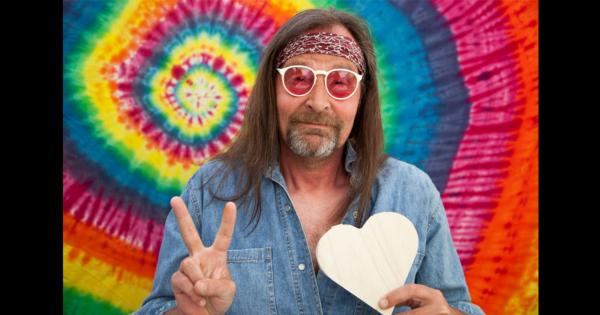 UPDATE: A statement from Longwood University has been added at the end of this article.

An “educational presentation” on Longwood University’s website claims that challenging someone’s pro-choice views or assuming they smoke weed are both microaggressions.

“Residents assumed I smoke pot because of the way I dress.”

The presentation, which can be found on Longwood’s Diversity and Inclusion Resources page, asserts that there are three types of microaggressions: insults, assaults, and invalidations.

Disliking a fellow student who misbehaves in class is considered an invalidation, which is defined as “comments or behaviors that exclude, negate, or nullify a person’s thoughts, feelings, or experiences related to their unique qualities.” 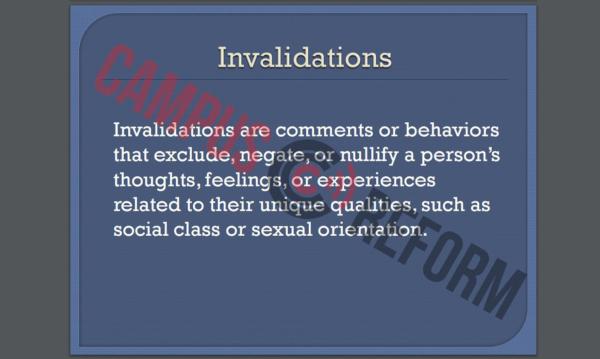 One example, presented from the perspective of an invalidated student, states, “I have the feeling that I am not liked by some of my classmates because of the things I do or say in class.”

Other alleged invalidations include, “Working in a group in class, the thoughts I expressed were put down,” and “Being told that I am too short to participate in something.” 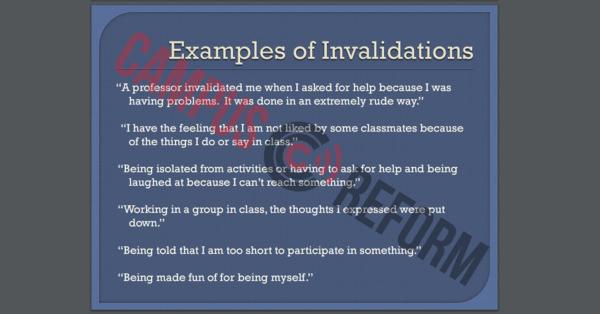 Insults, according to the definition used in the presentation, are “communications that convey rudeness, insensitivity, and demean a person’s unique qualities such as gender or language.

“Residents assumed I smoke pot because of the way I dress,” declares one example ostensibly spoken by a resident assistant, while “The majority of the class implied that overweight people are all lazy” is offered as another. 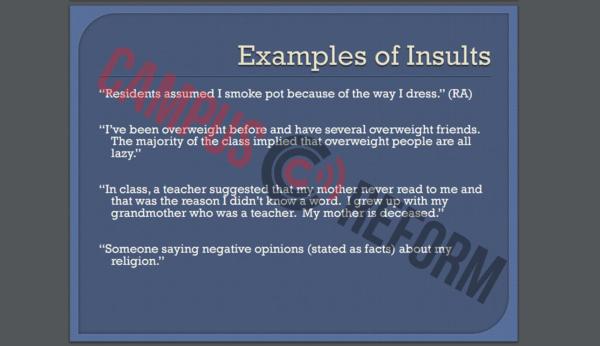 The presentation eschews the legal definition of assault, defining it instead as “verbal or nonverbal derogations of an individual's unique qualities such as family name or disability.” 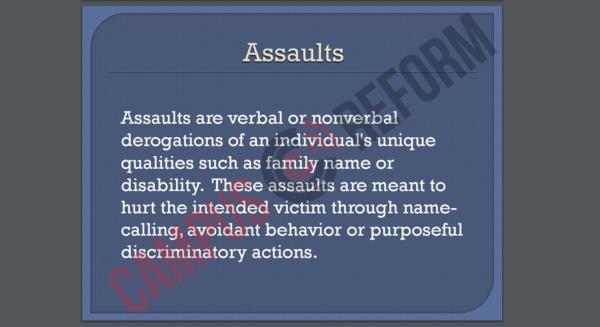 Most of the examples in this section pertain to verbal or physical abuse, such as “almost being raped” and having one’s car tires slashed, but even philosophical disputes can meet the document’s threshold for assault.

“An anti-abortion person attacked my pro-choice beliefs,” one of the examples states. 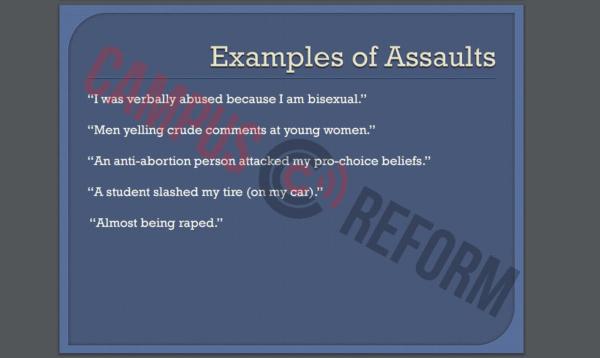 Yet while 36 percent of students reported harboring negative feelings about a microaggression that they experienced, the other 64 percent either did not harbor negative feelings (47 percent) or had not even thought about the incident (17 percent). 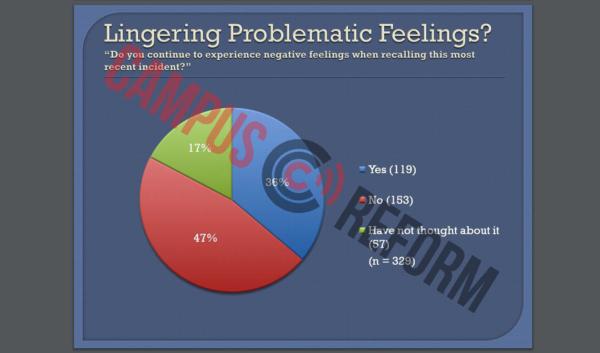 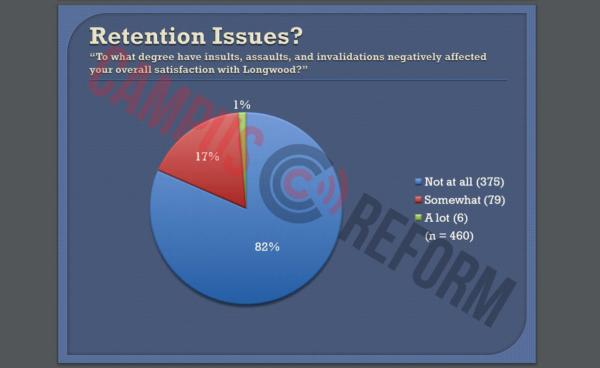 The presentation was created by Maureen Walls-McKay, Director of Counseling and Psychological Services, who has been studying microaggressions since 2007.

"Plenty of people see the issue of microaggression as political correctness run amok," said Walls-McKay in a 2014 Longwood University news release. "And it's certainly true that what offends one person may not offend someone else. But what's clear is that college students see it as an issue in their lives and overwhelmingly say that it's a problem."

UPDATE: Matthew McWilliams, Director of Communications & Media Relations for Longwood, told Campus Reform that Walls-McKay is not currently available for comment, but provided the following statement disputing this article's characterization of the materials in question.

"It is inaccurate to insinuate [that] these opinions are presented as those of either Longwood or its faculty. The presentation includes responses individual students provided to open-ended questions as part of a small, independent research project nearly a decade ago. Longwood values a diversity of opinions and works to ensure civil discussion among our students, faculty, and staff."