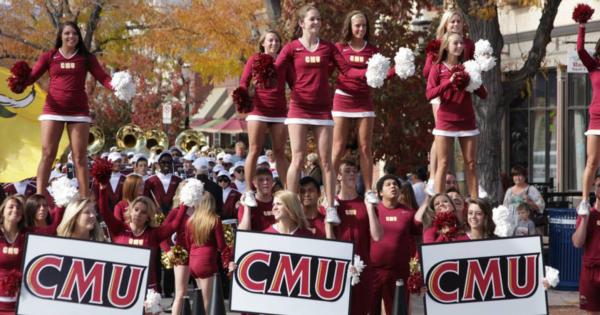 According to Heat Street, which reviewed public records from CMU, the university’s approach to speech issues on campus has led to a campus climate where students are encouraged to discuss disagreements, as opposed to censoring differing viewpoints.

"As I’m sure you would agree, free speech (most especially, political speech) does not require my or anyone’s approval."

John Marshall, Vice President for Student Services, told Heat Street that the angry students could express why they were offended, but also encouraged them “to listen to why [the candidates] thought that was funny or appropriate.”

Marshall also wrote to the students in an April 2016 email, “As I’m sure you would agree, free speech (most especially, political speech) does not require my or anyone’s approval.”

While Colorado Mesa doesn’t seem to think their approach merits any great applause, many universities have implemented policies that chill free speech.

The University of Oregon recently came under fire because of its Bias Response Team (BRT), which involves administrators responding to bias incidents in various ways, including meeting with alleged offenders or reiterating community standards. One “bias incident” involved a dormitory poster that encouraged students to clean up after themselves. A student complained that they found the poster to be “sexist,” and the BRT followed up on the incident to ensure it had been removed.

Colorado Mesa responded to similar incidents by reiterating its commitment to free speech. When a poster for a Latino event was defaced, administrators did not remove the posters or seek to punish the offender. Instead, the Cultural Diversity Board invited the defacer to meet up with them and explain the motivations behind his or her actions.

“[W]hen the proper channels and avenues of communication are provided, it gives us the rare opportunity to express our opinions in a healthy way and to learn from others,” the board wrote to a student newspaper.

The university also recently responded to uneasiness about its official speech policies. In 2014, the Foundation for Individual Rights in Education (FIRE) raised concerns that CMU’s free speech zone was limited to a small patio.

Marshall explains the move was just another step to welcome open debate and dialogue.

“The issue is, how do we confront new ideas and concepts that are different from what we know and expect,” says Marshall. “We need to help challenge our students. You don’t have a right not to be uncomfortable. We don’t always need to create these ultra-sensitive responses. We want them to think critically and deal with each other with respect and civility.”