Law prof: microaggressions can be evidence of discrimination 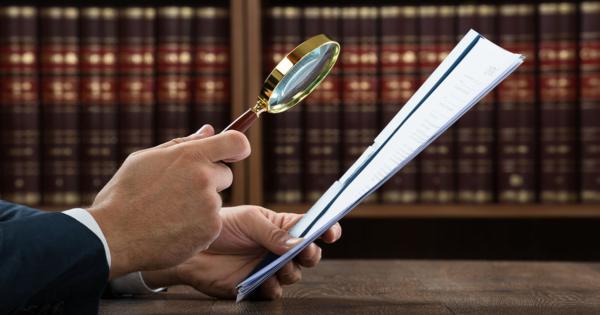 An article in an academic law journal claims that microaggressions have such pernicious effects that they can even rise to the level of illegal harassment.

“No matter what the type, microaggressions can be used as evidence of illegal discrimination,” Boston University School of Law professor Ronald Wheeler writes in a recent paper for the Law Library Journal in which he examines the academic research on microaggressions, mentioning examples such as asking a married man if his wife was with him, asking a gay man which bars he frequents, or asking “how may I help you, sir?”

“No matter what the type, microaggressions can be used as evidence of illegal discrimination.”

Quoting from research, Wheeler labels “microassaults” as “the first and most overt form of microaggression,” followed by “microinsults”—subtle microaggressions that demean an individual or group’s identity—and finally “microinvalidations,” which he says are similar to microinsults, except that they involve disregarding the experiences of a target group.

Describing a microinsult he commonly experienced in his youth, Wheeler recounts that “when introduced to me, the authority figure would say ‘hey Ron’ or ‘hey Ron my man,’ and then begin an elaborate and unorthodox hand-shaking ritual involving twisting out of a traditional handshake and into what I presume was considered a black handshake.

“While I felt clear that the authority figure meant well and was trying to demonstrate coolness, compassion, or liberalism, I always felt singled out, insulted, and belittled,” he recalls. “The person committing the microaggression probably thought he was building a relationship with me; however, the message I received was that I am not as professional as my white colleagues.”

Wheeler next turns to “microinvalidations,” which, quoting from research, he says “are characterized by behavior that minimizes the psychological thoughts, feelings, or experiences of targets.”

Explaining the concept through another personal anecdote, Wheeler describes encountering a woman while on vacation who noticed his wedding ring and asked whether his wife was with him, to which he responded that his husband was not with him on the trip.

“She was clearly embarrassed. Her previously radiant smile turned to a look of embarrassment and discomfort, and she said, ‘Oh?’ Then someone changed the subject, and we all pretended that my husband had never been mentioned,” he writes. “I felt unfairly and without any warning forced to make a really difficult choice. I could choose to swallow my pride, to grin and bear it, to simply answer ‘no,’ and to become invisible and closeted and irrelevant.

That choice, however, “has psychological consequences,” Wheeler asserts. “That is why, although I knew it would make everyone uncomfortable, it would make me look hostile and confrontational, and it would possibly cause a well-meaning and friendly woman some embarrassment, I chose to answer in the way that I did.”

As a gay man, Wheeler says he experiences a wide variety of microaggressions, listing several as examples.

“The issue is that although I want to be out to the world, I also want to be perceived as and recognized for all that I am, and not just a stereotype or preconception. To help illustrate, one would almost never, in the same context, ask a person ‘so which straight clubs do you like to go to?’ Right?”

“It is really rather shocking the extent to which people will scowl, make disapproving statements, use disapproving and defensive body language, and even ask disrespectful and intrusive questions to lesbian couples who are parents,” Wheeler reflects. “Questions like ‘Who is the mom?’ or ‘She’s really your daughter and not hers, right?’ or even ‘How did that work?’ Honestly, it sounds insane, but you just can’t make this stuff up!”

In a section entitled “Assuming Gay Pathology or Abnormality,” the professor comments on the nearly thirty-year FDA ban on blood donations by sexually-active homosexuals.

“It really makes no rational or scientific sense to me. The message to me seems clear. You can be straight or you can be celibate, but you cannot be gay and give blood because gay blood is tainted,” he asserts. “This message reinforces stereotypes and misconceptions about pathology, it legitimizes irrational fears about LGBT people that fuel violence, it ignores good science, and it just does not make good sense from the public health perspective of maximizing reserves of usable blood.”

Wheeler also offers suggestions for avoiding such microaggressions in daily life, starting with avoiding “assumptions about anyone’s race, sexual orientation, or gender identity” observing that while this “seems like an easy thing to do ... often we ascribe a gender or a race to students, patrons, colleagues, and others unconsciously and without giving it any real thought.

“When we say things like ‘How may I help you, sir?’ or we refer to someone we don’t know using gender pronouns such as ‘he’ or ‘she,’ we’ve made our uninformed presumptions,” he continues. “Granted, it’s hard to use gender-neutral language all of the time, but by removing gender from our conversations (unless someone has self-identified with a gender), we may avoid inadvertently calling someone by a pronoun that the person doesn’t identify with.”

Wheeler attended the University of Michigan Law School and received a master’s degree in Library and Information Science from Wayne State University, which recently dropped its requirement for students to take a math course, considering a diversity replacement.

Wheeler told Campus Reform that he wrote the piece, which is based on his personal scholarship, “in order to expose the reality that we ALL experience microaggressions in our everyday lives,” clarifying that his use of personal examples is not intended to be limiting, but simply to highlight the issue from one common perspective.

“I write about experiencing them as a product of my race and sexual orientation, but I only do so because that is my experience,” he explained. “My intention is to inform people about the issue, and in that way, spur us all to be more sensitive and cognizant of how the things we say and do might impact others. I write about my personal experiences to share my emotions in an attempt to build empathy.”