Cornell prof: Only whites who hate capitalism are BLM allies 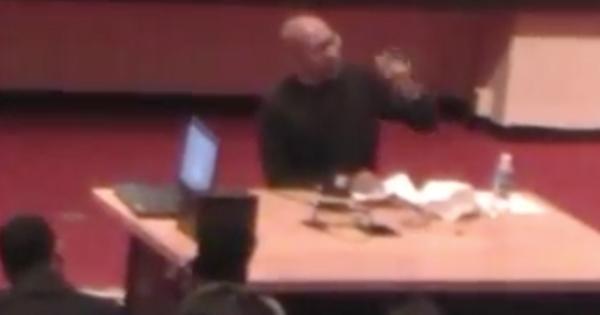 An Ivy League professor recently called the Fraternal Order of Police “a terrorist organization,” capitalism an “anti-human system,” and the majority of “white America” racist.

According to The Ithaca Voice, Professor Russell Rickford of Cornell University made those statements and others at a Black Lives Matter protest Friday, even going so far as to charge the police with “genocide” in relation to recent, well-publicized shootings.

“There’s a sliver, a sliver of white America that hates white supremacy and that hates capitalism.”

“There will always be a segment of white America that is overtly, irredeemably racist,” Rickford said in video footage of the event posted to YouTube, describing the first of three categories into which he divided whites of America. “Forget about them. They’re not worth your time.”

“There’s a much larger segment, some of them are gathered right here. A segment of white America that considers itself enlightened,” he continued. “They outwardly reject the symbols of white supremacy, yet they aggressively protect their white privilege.”

Asserting that “deep in their heart, they despise your blackness more than anything else,” Rickford advised the audience to “forget about those folks, too.”

“There’s a sliver, a sliver of white America that hates white supremacy and that hates capitalism,” said the professor, explaining the third category. “These are the folks that you need to organize with.

“There can be no human system under capitalism. Capitalism is an anti-human system,” Rickford continued.

Later, when an activist suggested establishing dialogues with police forces around the nation about the concerns of the BLM movement, Rickford derisively retorted that “the Fraternal Order of Police is a terrorist organization.”

Opining that “most of us are losers under capitalism,” Rickford also denounced “a global economy that is rigged to enrich a few while enslaving the masses.”

Nor is the first time Rickford has generated controversy with his comments.

The Daily Caller reported in 2014 that Rickford, who was an assistant history professor at Dartmouth College at the time, had referred to Martin Luther King, Jr. Day “a tool of the far-right imperialists to appease people.”

Shortly thereafter, Campus Reform covered another Rickford diatribe, this one delivered during a class lecture, in which he makes substantially similar points to those he advanced Friday, but in relation to the events in Ferguson, Missouri.