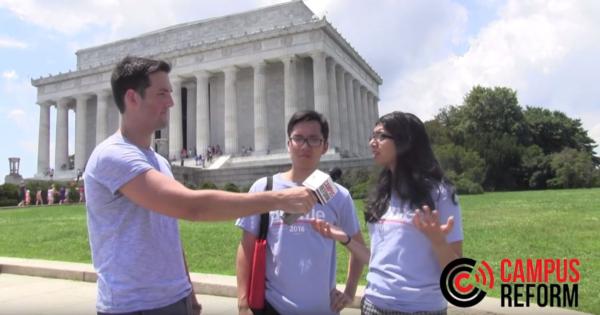 Throughout the 2016 campaign, polls have shown that Hillary Clinton has been unable to prove to voters that she is a trustworthy candidate—a problem that seems to have been exacerbated by Hillary’s use of a private email server during her time as Secretary of State.

Indeed, FBI Director James Comey said last Tuesday that Hillary was “extremely careless” in dealing with her work emails. Contrary to her prior claims, Hillary sent or received 110 classified emails on her private server, and Comey suspected that foreign actors could have access to these emails.

“If anyone else did it, they would be in jail by now.”

A July 11 Washington Post poll found that nearly one-third of Democrats, and almost two-thirds of all voters, said Hillary’s mishandling of her emails makes them worry about how she will handle the presidency.

A Quinnipiac poll released yesterday found that Trump leads or is tied in the three critical swing states of Florida, Pennsylvania, and Ohio. According to Peter A. Brown, the assistant director of the Quinnipiac University Poll, Clinton "has lost ground to Trump on questions which measure moral standards and honesty."

Campus Reform wanted to find out if these results held among young voters, and unsurprisingly, nearly everyone we interviewed felt that Hillary’s carelessness with her emails made her seem untrustworthy and potentially unfit for office.

“If you were a voter that was on the fence, would that make you look at Hillary and say, ‘I can’t trust her?’” Campus Reform asked.

“It’s a little worrisome to put our entire country’s fate in her hands,” one millennial responded.

“She’s so shady! Especially after everything that happened yesterday. I would never trust her,” another exclaimed with disgust.

Despite Hillary’s failure to protect classified information, the FBI recommended not pressing any charges, which has led some young people to believe she may have received special treatment because of her connections.

One young veteran who spoke with Campus Reform explained that military members have to complete security training similar to that which Hillary underwent every year, saying confidently, “If anyone else did it, they would be in jail by now.”

Another respondent echoed this sentiment, saying the whole investigation had a “whiff of corruption.”

“All of this stuff going on with Hillary, you can’t really trust in what she’s saying,” one person summed up.

Watch the video to see all of the responses!