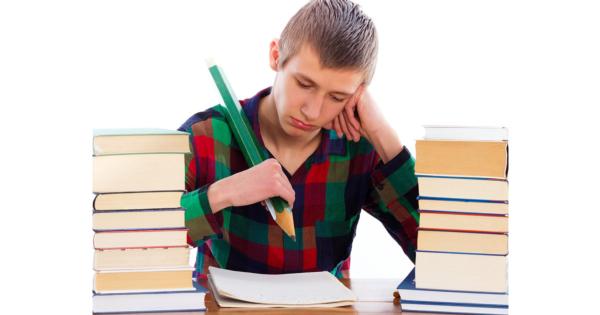 A California State University student believes that the school’s required Writing Skills Test is outdated and its standards should be revised for current students.

The student, Ira Lazo, wrote an article in The Pioneer stating that the Writing Skills Test is “flawed and an unnecessary requirement” of California State University system’s curriculum.

“Failing the WST twice has been a frustrating experience. It sends the wrong message that we are bad writers.”

According to CSU East Bay’s Testing Office, the Writing Skills Test (WST) requires students to compose an analysis essay “to demonstrate that [they] can think and write critically” as part of the curriculum. The essay must be five to six paragraphs in length, and include a strong thesis with supporting arguments.

The WST was implemented system-wide in 1977 as a means of ensuring writing competence among CSU graduates, and passing the exam is one way to fulfill the requirement to earn a baccalaureate or master’s degree from a CSU institution.

To pass the test, CSU students must receive at least a score of 8, also known as “clear competence,” out of a maximum possible score of 12. “Developing competence” and “limited competence” are failing scores, requiring students either to retake the test or to enroll in a WST course, according to CSU East Bay English professor Cynthia Andrzejczyk.

At CSU East Bay, students who fail the WST are given only once chance to retake it. Those who continue to demonstrate “limited competence” (6 points or fewer) after the second examination may still graduate, but only by passing at least one English course, and possibly two such courses depending on their performance in the first class.

At San Jose State University, conversely, students must pass certain courses merely to qualify for the WST, and may take additional courses to satisfy the requirement should they fail the test twice.

The WST is available in either paper format or on a computer for a fee. Students are allowed to choose one of two topics listed on the exam, and then have 15 minutes to outline their essay followed by 75 minutes to write it, totaling 1.5 hours to compose a 5-6 paragraph essay.

Students receive their scores within 3 to 4 weeks, once their writing samples have been evaluated by two CSU professors from a variety of departments, including English, physics, nursing, business, philosophy, and history. If the scores given by the two original graders do not match, a third professor grades the exam.

Lazo says the test is flawed because of its “subjective grading standards,” arguing that even though the professors adhere to a grading rubric, their “bias will inevitably shine through.”

She is also opposed to the broad range of topics covered on the exam, saying it is more difficult for students when “there is no limit to the subjects that could be used as a prompt,” because “test-takers must scramble together examples and in-depth analysis to piece together a convincing argument for a topic in 15 minutes or less.”

Past WST topics have included salary quotas for athletes, the value of television news, the death penalty, and regulations on advertising.

Lazo suggests releasing the topics to the students a week or so in advance so that students can do research before the exam.

For students who need help with the exam, the CSU East Bay Testing Office provides tips on how to pass the WST, as well as several free WST workshops and online resources to help students prepare for the test. WST scoring guidelines and sample essays are also available.

Andrzejczyk recommends that students take advantage of the resources available, telling Campus Reform that she advises all test-takers that practice is the best option. To practice before their exam, they “can go to the testing office website, get a copy of some of the old questions and practice writing an essay answering those questions in a timed manner.”

In her article, Lazo explains her dissatisfactions about the test. “Failing the WST twice has been a frustrating experience,” she said, “not only for myself, but for other students. A humbling blow to the ego, it sends the wrong message that we are bad writers, when really this outdated test is to blame.”

A representative of CSU’s Testing Office told Campus Reform that there are no plans to revise the Writing Skills Test.

Lazo was unable to provide comment in time for publication.