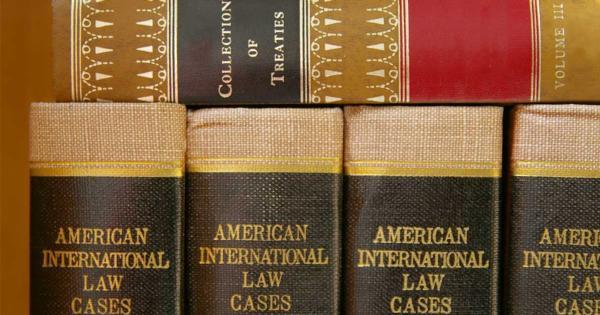 The American Bar Association is considering a new bar-passage standard that some law school deans believe contradicts an existing clause on diversity and inclusion.

According to the TaxProf Blog, the ABA will make a final decision in February on Standard 316, which requires all law schools “to prove that at least 75 percent of students in each class have passed a bar examination within two years of graduation.” Opponents of the proposed policy, however, argue that it conflicts with Standard 206, which states that accredited law schools must “demonstrate by concrete action a commitment to diversity and inclusion.”

“If you come in with low academic credentials, your chances of passing the bar are far lower.”

The Deans of several historically black law schools claim that the 75 percent bar passage standard threatens their very existence because “minority law graduates, whether at predominantly white law schools or [historically black colleges and universities], tend to have a lower bar passage rate than their white counterparts.” As such, they say, the new standard effectively punishes HBCUs, which have a higher concentration of minority students.

However, Robert Steinbuch, a law professor at the University of Arkansas-Little Rock’s Bowen School of Law, says that the lower passage rate of minority graduates is due to the relaxing of admission standards for some minority applicants.

“The ABA saw the weaknesses of the old standard very much recently when law schools had been admitting students with academic credentials below what they used to, thus the bar passage rate was lower,” Steinbuch told Campus Reform.

Steinbuch has been researching the topic, and finds that in order to adhere to a diversity standard, schools are competing for a relatively small pool of minority applicants and are thus admitting less-qualified students, as evidenced by research from Law School Transparency showing that students with LSAT scores below 150 are at a high risk for failing the bar.

“If you come in with low academic credentials, your chances of passing the bar are far lower than those with high academic credentials,” Steinbuch explained. “Students think, ‘If they let me in then I must have a pretty good chance of succeeding,’ when in reality, for some students, that’s just not true.”

Steinbuch’s research has led to significant backlash from his peers and his university. Last year, the school refused to provide him with public data for his research, despite having honored identical requests on several previous occasions, and he has since been subjected to an investigation into allegations of unfair grading policies and racial bias.

The recently-completed investigation cleared Steinbuch of any wrongdoing or bias, though he is still engaged in a Freedom of Information Act lawsuit against the university over its refusal to provide the admissions data he requested.

Felecia Epps, a University of Arkansas law professor at the time, sent an email to Steinbuch in December questioning the goals of his research, a copy of which was obtained by Campus Reform.

“You are free to research whatever topic you choose and of course to file a lawsuit,” Epps concedes, but then asserts that “it appears that you are saying by your research and the lawsuit that you question the ability of students of color to succeed at Bowen and on the bar exam. For this reason if I were a student in your class I would be concerned about your objectivity in grading my performance.”

Epps is now the law school dean at University of Florida A&M, an HBCU, and is fighting the adoption of the new bar standard because of the lower passage rates of minority students.

“I feel compelled to comment—perhaps because I will soon be responsible for a student body that is composed of 70 percent students of color,” she told Steinbuch in the email. “Part of my task will be to build them up in a world that, despite their accomplishments, questions their ability to succeed.”

Steinbuch retorted that “problems arise when one starts to assume that we must have proportions of cohorts equal to those proportions that exist in society,” saying that this mindset means the diversity requirement and the bar standard may be unable to coexist.

“Deans of HBCUs are saying that in order to fill their seats at school, they relax, for some students, the academic standards,” he clarified. “So, if we’re talking about a significant relaxation of academic standards to achieve the diversity standard, then it makes the bar passage standard much more difficult.”

The relaxation of admittance standards ultimately harms minority students, Steinbuch added, because they pay massive amounts of tuition and may still emerge with no ability to practice law.

“[Law schools are] letting in students, many of whom shouldn’t be going to law school, simply to pay the bills...I’m concerned about their chances of success,” he said.