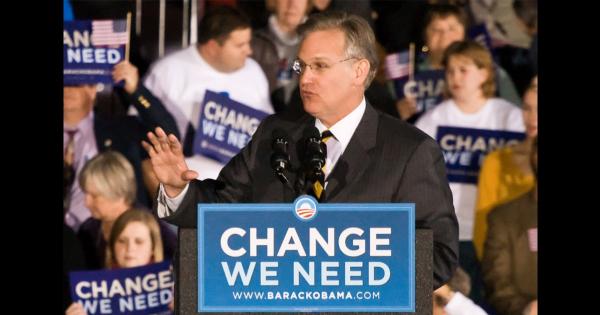 Gov. Jay Nixon (D) is to blame for the racial unrest and protests at University of Missouri this past school year, according to Republican gubernatorial candidate Catherine Hanaway.

During a campaign appearance on Tuesday, Hanaway opined that Nixon’s call for “vigorous prosecution” of Officer Darren Wilson following the unrest in Ferguson opened up the doors for protest at the university, The Columbia Tribune reports.

“As a former federal prosecutor, I was appalled by Governor Nixon’s blame-the-police attitude in Ferguson.”

“I do believe what happened in Ferguson led to the protests at the University of Missouri,” Hanaway said. “He communicated by his failure to stand up for law enforcement that Missouri was open for protests. And it brought a professional protesting class to our state, and now this unrest has spread throughout the country.”

Will Scharf, Policy Director for Hanaway for Governor, explained that Hanaway is "outraged" by Gov. Nixon's apparent lack of respect for law enforcement and the law, and believes the attitude of "lawlessness" demonstrated by Nixon has spread to Mizzou.

"What we saw at Mizzou was a president unwilling to stand up to protesters until it was too late, and those who missed out were the students who wanted to get to class," he told Campus Reform.

In addition to blaming Nixon for racial unrest at Mizzou, Hanaway has also criticized the university’s focus on institutional diversity, pledging in a June debate that if elected she would eliminate the recently-created Chief Executive Officer of Equity, Inclusion, and Diversity faculty position.

“We also need to stop spending money on things that aren’t necessarily the problem,” she explained at the time. “I would eliminate that position.”

[RELATED: Mizzou short on cash and desperate for students after semester of protests]

Scharf confirmed that Hanaway would make significant changes to Mizzou if she were elected governor.

"The Board of Curators is stacked with Nixon's lawyer cronies...[but] there are a number of vacancies currently on the Board," Scharf told Campus Reform. "If [Hanaway] were elected she would almost immediately appoint five new members...it's time for a real shakeup."

In a news release in February, Hanaway wrote that Missouri is “facing an epidemic of lawlessness,” because of the mass protests across the state and at the university.

“From rioting at Ferguson to the unrest at the University of Missouri, to rising murder rates all around our state Missouri is facing an epidemic of lawlessness,” Hanaway asserted.

Hanaway’s website lists “Law and Order” as a top issue, and much of her campaign has focused on support for police officers and condemnation of protesters.

“As a former federal prosecutor, I was appalled by Governor Nixon’s blame-the-police attitude in Ferguson. I have prosecuted thousands of cases with the assistance of local, state, and federal law enforcement officers, and I know how difficult the challenges faced by police are,” the site reads. “While there may be some bad apples, the vast majority of police officers serve their communities and selflessly risk their lives to make us all safer. As Governor, I will stand up for law enforcement.”

Hanaway is one of four Republicans vying for the gubernatorial nomination. The winner of the August 2 primary will face off against Attorney General Chris Koster (D) in the general election.