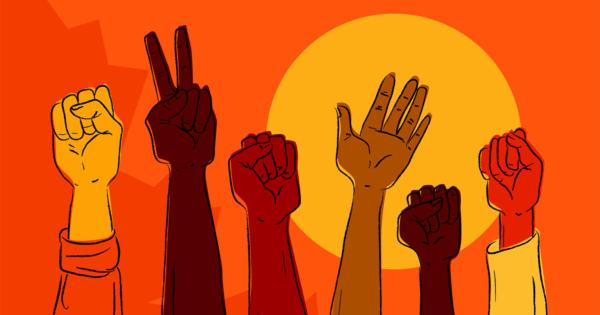 A Seattle University (SU) dean has retired after months of student protests over using the n-word in an academic conversation.

"We are diverse, with many different life experiences, also shaped by colonization, U.S. and Western imperialism..."

“Dean Kelly is well respected within our community and region,” Sundborg wrote. “Her passion for teaching and commitment to Jesuit education is unsurpassed. I am grateful for the devotion and dedication she brought to Matteo Ricci College, Seattle University and our mission.”

News of Kelly’s retirement comes weeks after the Washington school placed her on leave to appease protesters aggrieved by her suggestion that a minority student read a book with an offensive title, Inside Higher Ed reports.

Students were originally upset over the rumor that Kelly had said the n-word while conversing with a student of color. Kelly denied the allegation and said she had suggested the student read Nigger, an autobiography by Civil Rights leader Dick Gregory.

Gregory penned an essay for Inside Higher Ed defending Kelly and calling for young minority activists to find common ground with their educators. Gregory wrote that if Kelly had read and recommended her book, she was most likely not racist.

Despite evidence that Kelly had not uttered a racial epithet in anger, the student opposition transformed into a protest over the very purpose of the humanities department.

Protesters formed together under the banner of MRC Student Coalition, the initials playing on Matteo Ricci College and also meaning “Must Reform Curriculum, Culture, Climate, because… #MRCHurtsMe.” A petition seeking a variety of demands netted over 1,300 signatures.

In their petition, the MRC Student Coalition accused the college’s leadership of not understanding the plight of minority students and running a humanities department that unfairly gave a glossy view of western civilization’s contributions to the arts.

“We consider it an ethical matter to name the disturbing experiences we have lived while in this College, while also noting that we are not the first students in this college to express these concerns, as they reflect a long-standing history of oppression and resistance in cohorts long since graduated,” the protesters wrote.

The protesters gave a long list of different ways that they were oppressed.

Protesters demanded a new curriculum that “Decentralizes Whiteness and has a critical focus on the evolution of systems of oppression such as racism, capitalism, colonialism, etc.,” that would only be “taught by prepared staff from marginalized backgrounds, especially professors of color and queer professors.”

MRC occupied Kelly’s office for 24 days late this spring semester, decorating the walls with signs featuring the hashtags #deardeankelly and #MRCHurtsMe. The protesters posted videos on Facebook of themselves dancing, singing and spoken word poetry to express their feelings and entertain themselves, though it’s unclear if school administrators watched.

Kelly started working for Seattle U’s Matteo Ricci College in 1984 and had served as dean for six years. President Sundborg mentioned in his announcement that he had placed her on the emeriti faculty in honor of her service.

The MRC Students Coalition responded to Sundborg’s announcement with a Facebook post criticizing their president for going too easy on Kelly.

“Fr. Sundborg’s failure to speak to the whole truth of the matter erases and disrespects all the trauma and pain suffered for years by students, alumni, faculty, and staff and the ongoing work currently being undertaken to address issues of culture, climate, and curriculum,” the protesters wrote.