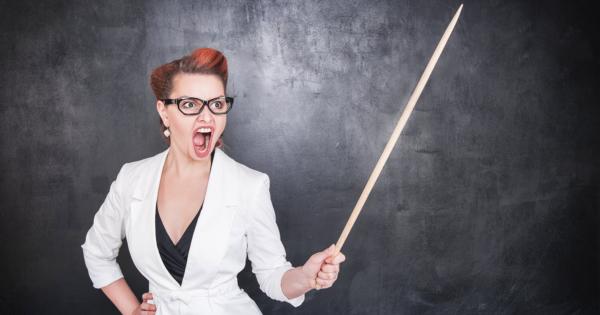 The GOP’s 2016 party platform explicitly denounces state-funded schools that participate in liberal indoctrination, leading some academics to fact-check the claim that political indoctrination is widespread.

At the Republican National Convention last week, Republican pollster Frank Luntz said the GOP had already lost the millennial generation because millennials have been pushed to the left by their professors.

"The fact that 58 percent [of millennials] say socialism is the better form of economics, that is the damage of academia."

“The fact that 58 percent [of millennials] say socialism is the better form of economics, that is the damage of academia,” he said at an RNC breakfast event.

“The number one priority to me is what happens at universities,” Luntz asserted. “And yes, Capitol Hill matters, yes politics matter, but a whole generation is being taught by professors who voted for Bernie Sanders. That’s a problem that begs for a solution.”

However, some academics have countered the claim that indoctrination is a widespread phenomenon at universities.

“Luntz doesn’t have his facts straight,” Neil Gross, Charles A. Dana Professor of Sociology at Colby College, told Inside Higher Ed. “Young Americans are leaning to the left these days, but it has very little to do with what they’re being taught by college professors.”

Joshua M Dunn, a political science professor at the University of Colorado at Colorado Springs and author of Passing on the Right: Conservative Professors in the Liberal University, says “ham-fisted efforts” at indoctrination usually don’t work because they are too transparent.

“While research on the efforts of professorial indoctrination is limited,” reads Passing on the Right, “the evidence supports the conclusion that it does not work very well, and in some cases might even reinforce the very attitudes it is trying to undermine.”

Matthew and April Kelly-Woessner, professors at Penn State Harrisburg and Elizabethtown, respectively, conducted research to study indoctrination in the classroom. They found, concurrent with the assertions in Passing on the Right, that attempts at indoctrination actually result in harder pushback from students.

“Students do not passively accept disparate political messages but tend to push back against faculty members they perceive as presenting a hostile point of view,” the study confirms.

In fact, says Passing on the Right, students political views are more heavily influenced by their peers as opposed to their professors.

“Student attitudes may be more driven by their peers than by their professors...the extant evidence does not suggest that anything like widespread indoctrination is taking place,” concludes Passing on the Right.

Dunn has previously told Campus Reform that conservatives tend to exaggerate the liberalization of universities.

“Some parts of academy are hopelessly politicized, but, on the whole, most people are serious people doing serious work,” he explained.

While indoctrination may not be as prevalent as suggested by the right, a study by George Yancey of the University of Colorado found that conservative students may be more likely to hide political views for fear of retribution or judgment.

“It is not intellectually feasible to pretend that conservatives are merely ‘crying wolf’ when they complain about the social atmosphere on campus,” writes Yancey.

Becoming Right: How Campuses Shape Young Conservatives, a book written by Amy J. Binder, associate professor of sociology at the University of California at San Diego, and Kate Wood, a doctoral candidate in the department, found that self-identified conservative students often felt challenged on campus, but such marginalization may be beneficial.

“With many of them, there was this sense that being in an environment they perceived to be overwhelmingly liberal did challenge them, but in ways that were positive and beneficial for them,” Wood told Inside Higher Ed. “It made them clarify values and ideas about different issues or about what being a conservative means.”

Challenging Luntz’s broader argument, Binder told Inside Higher Ed the reason Republicans have a problem attracting millennials “is that the party is completely out of step with what a significant number of voting millennials care about,” not because of systematic indoctrination.